State-run newspaper Al-Ahram reported on its website that the request was made after fights broke out between passengers and Saudi Airlines officials.

The protesters, who also complained about chaotic flights, smashed the glass window of the airline's office at the airport. 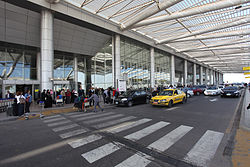