Abdel Gelil Mostafa confirmed Friday that he has resigned as the coordinator of the National Association for Change after he was criticized for meeting with President-elect Mohamed Morsy on 22 June.

Taqadom al-Khatib, a member of the NAC, said Thursday that Mostafa submitted his resignation on 24 June and that elections will be conducted for a new coordinator after the association is restructured. Mostafa’s term as general coordinator was supposed to end in January 2012.

Mostafa said in a statement to Al-Masry Al-Youm Friday that his resignation came after colleagues attacked him for attending a meeting with Morsy and other political forces in which they agreed on a joint statement.

Mostafa said that he did not understand the attacks, and rejected attempts to impose restrictions on his actions. He added that he attended the meeting personally, not as a representative of the NAC, and that it was “in favor of national interests.”

Al-Masry Al-Youm quoted an NAC source as saying that the members might reject Mostafa’s resignation, but if he insists, they will likely select Ahmed Bahaa Shaaban of the Egyptian Socialist Party or Abdel Ghaffar Shokr of the Socialist Popular Alliance Party to be the new coordinator.

National Association for Change warns of jihad against state institutions 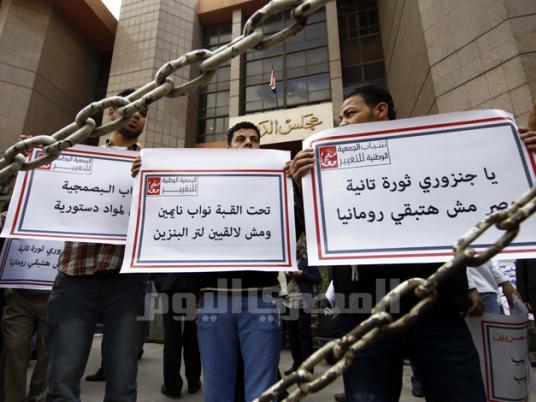