Facebook Twitter LinkedIn
The scene in the hospital is of a war zone: blood is everywhere, with patients lying on the floor screaming for help as corpses are being piled up in a corner of the room.
More wounded people are brought in every minute, as the people carrying them overcome the threat of being shot outside the clinic, next to the Rabaa al-Adawiya mosque, in Nasr City, where many injured protesters are being treated.
“Look, the police are shooting even here in the hospital,” said Hala Abdallah, as the sound of shots being fired made people run for cover.
“There is blood everywhere, people are shocked. They are panicking,” said Abdullah, a nurse who was taking part in the protest and now has been serving as a volunteer.
All rooms are packed. On the ground floor, doctors and nurses move quickly around the rooms, administrating first aid to dozens of patients. Pools of blood are all over the place, as well as groups of men, women, and children crying over corpses.
Eyewitnesses say security forces started the operation at around 6:30 am, in a move to clear a six-week-long sit-in held by thousands of supporters of ousted President Mohamed Morsy, including large groups of women and children.
Five hours later, the sound of shots was still intermittent, as the number of victims arriving at the clinic increased.
“There are lots of bullet wounds. In a few minutes, 10 dead bodies arrived. I think there are hundreds of dead people,” said Mohamed Taha, a doctor who was working in the clinic.
He said snipers were shooting protesters in the head and chest. Television images later showed security forces shooting from rooftops. “I saw parts of brains all over the place,” Taha said.
There was no official confirmation on the death toll and latest government numbers put that number at 95, but the Muslim Brotherhood leaders said it was much higher. Egypt Independent saw a total of 20 dead bodies in a number of rooms in Rabaa.
The interim government accused protesters of being armed with weapons. It said the sit-ins were a “threat to national security” and warned Morsy supporters to leave peacefully or face a forceful evacuation. Brotherhood officials have denied the presence of weapons during demonstrations.
“We had no guns. We were conducting a peaceful demonstration. And they shot us in the head,” said Hany Fatry, as he was taking care of a man wounded in the arm. “First, they (security forces) fired tear gas. Then, they started to shoot.”
CURFEW AND STATE OF EMERGENCY
Elsewhere in Nasr City, the scene was chaotic. In the streets around the mosque –the focal point of the sit-in — hundreds of protesters were setting up barricades with brick blocs and setting tires on fire. A huge black, thick smoke could be seen from a distance.
Men were seen with construction helmets and bats, and many protesters were throwing stones at policemen blocking the traffic. Dozens of people were sitting on the sidewalks, as men were giving out surgical masks and vinegar to ease the effects of tear gas.
Shops were closed and many residents, who have voiced their dissatisfaction with the sit-in, were watching the action from their balconies.
In the afternoon, the government announced a 30-day state of emergency. A curfew was also announced, starting at 7pm. One hour before that, TV pictures showed hundreds of men leaving Rabaa safely, as many people continued to be treated in the streets surrounding the mosque. It was not clear where they were headed, as there was no public transport available in the area.
“VICTORY OR DEATH”
Back in the clinic, in the morning, a man was shouting as a relative was being treated: “(General Abdul Fatah) Sisi is a traitor. This is the blood of the Egyptian people.”
Inside the mosque, dozens of women and children were taking refugee, as nine corpses lay in the center. There was no electricity inside.
At the main entrance, a group of three young women said they would resist the attempt to clear the sit-in, a message repeated by dozens of other protesters. “It is a war against the Egyptian citizens. We are staying. It is victory or death.”
Tags
crackdown Nasr City Rabaa al Adaweya sit-in
August 14, 2013
Facebook Twitter LinkedIn
Facebook Twitter LinkedIn Pinterest Messenger Messenger WhatsApp Telegram Share via Email Print 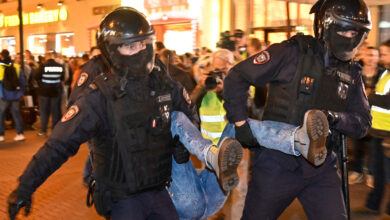 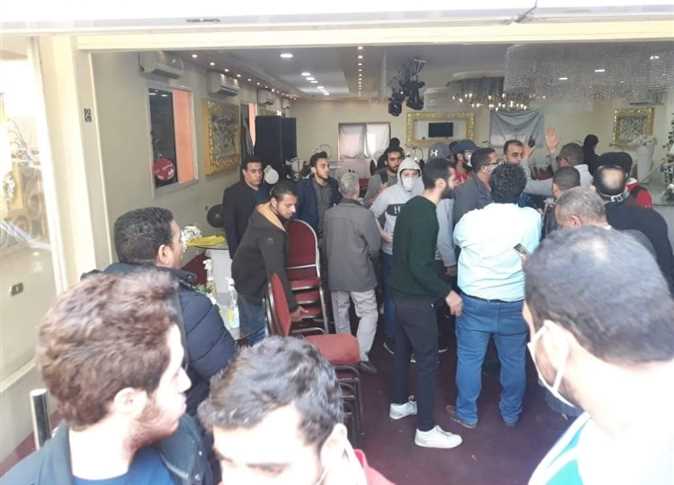