An administrative court order heralds a new stage in the controversy surrounding the parliamentary elections that were scheduled to take place in the midst of a multi-faceted crisis gripping the country.

On Wednesday, an administrative court reversed President Mohamed Morsy’s decision calling for elections next month and returned the elections law to the Supreme Constitutional Court to determine its constitutionality.

“Despite the ruling being a political blow to [the ruling regime], it is also like a golden opportunity that fell to them from the skies,” says journalist and political analyst Abdallah al-Sennawy. “It offers the president an opportunity to correct his path,” he says.

The news of the elections slated for next month despite unresolved controversies around the electoral law had further intensified waves of anger that have been sweeping many governorates escalating to the level of lethal violence in some places. Additionally, a protest movement within the police ranks including strikes and attacks on police stations has been escalating throughout the last week, which would have made securing the elections difficult.

The main opposition coalition, the National Salvation Front, had decided to boycott the elections because of questions surrounding the constitutionality of the elections law and because the unrest sweeping the country is not a suitable context for parliamentary elections.

Experts say that the ruling has dismantled the political deadlock to which the approaching elections were contributing, and that it’s now up to the president to take advantage of the situation and take the necessary steps to appease the growing anger in several sectors.

Sennawy says that situation was not suitable for elections at all, and that the court ruling therefore saved the president the risk of reversing his decision, which would weaken his political position. Morsy has faced criticism for going back on over five major decisions since he came to power in June of last year.

The legal conundrum that led to the postponement of the elections is symptomatic of a state that continues to resist the rule of law.

After the Supreme Constitutional Court issued 10 recommended amendments to the elections law in order for it to be aligned with the recently passed Constitution, the Shura Council presented the law to the president without making all of the recommended changes. The president subsequently announced the dates for the elections, which were scheduled to start next month.

It appears that the state has been walking the same path that led to the dismantlement of the parliament elected in 2011, months after its establishment with a court order, also because of unconstitutional clauses in the elections law.

“The Muslim brotherhood is a group that lives outside the boundaries of the state of the law. Their approach is to undermine and ignore the rule of law because they have their own plan aiming to tighten their grip over the state,” says human rights lawyer Amir Salem.

Since the SCC had already ruled that clauses in the law were unconstitutional, Salem expects the court to rule that the law is unconstitutional, which would lead the administrative court to cancel the currently suspended elections. This would bring the elections process back to the starting point whereby the Shura Council is required to draft a new parliamentary elections law.

“This ruling dealt a strong blow to the Brotherhood who were planning to hold elections in conditions that allowed them plenty of room to forge the will of the voters and intensify their control of the state,” Salem says, adding, “Now they are in an incredible state of confusion and have been forced to review their plans.”

As opposed to previous instances where rulings against the decisions of the president were met with resistance and attempts to fight back on the part of the regime, this time the presidency has indicated it will comply with the ruling.

The presidency announced that it would not appeal the ruling, the Freedom and Justice Party also reiterated that it respects the rule of law. On Thursday, the High Elections Committee announced that it has cancelled the announced elections schedule based on the court order.

However, Sennawy, who is also a leading member in the opposition movement the Popular Current, says that the postponement of the elections alone will not solve the political crisis.

“The ruling has postponed the problem, it hasn’t solved it,” says Sennawy.

Sennawy says that the ruling has strengthened the position of the opposition as it proved their objections over the elections, which led to their decision to boycott, are indeed legitimate concerns.

As a result, he says the president is now required to give attention to the rest of the opposition’s demands, including changing the government, legalizing the position of the Muslim Brotherhood and changing the prosecutor general, who was appointed by Morsy in November by presidential decree.

With expectations that the court ruling has triggered a process that may postpone the elections to the beginning of next year, Sennawy says there are also risks to carrying on for additional months without an elected parliament.

Sennawy says that the Islamist dominated Shura Council, which will continue to hold the legislative authority in the absence of the parliament’s lower house, has a responsibility to minimize the amount of legislation that it passes, as it holds this power only as an exceptional measure.

Additionally, in the absence of a new parliament, the presidency will have the freedom to leave the current government — which has been accused of incompetence and seen by many as one of the causes of the current crisis — in office for many more months

“It all depends on the decisions of the presidency during the next few days,” Sennawy says. 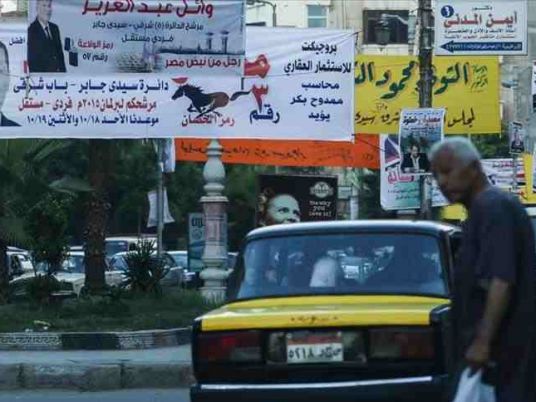 Parliamentary election expat vote to be held in 139 countries, 4 exclusions