The following article is part of Al-Masry Al Youm's weekly "Environmental Voices" series, in which issues related to the environment–whether local, regional or international in nature–are discussed from the point of view of environmental experts.

This week, in a two-part series, Ossama el-Tayeb, professor emeritus of microbiology and immunology, founding director of the Microbial Biotechnology Center at Cairo University, and adviser to the Egyptian Biosafety Clearing House, discusses the politics that lie behind international negotiations on the environment.

Negotiation over environmental issues is, by its nature, both technical and political. Furthermore, technical issues are not only scientific but also relate to the economy, trade, development, technology and culture, for instance.

This was obvious during the first world conference on the human environment in Stockholm, 1972, which was motivated largely by the degradation of the environment in the global North, which resulted from unhindered development at the end of World War II and since the Industrial Revolution.

Negotiations for establishing a United Nations environment organization–finally adopted in 1972–were tedious, and reciprocal suspicions between the "haves" and the "have-nots" delayed action for years. The fundamental difference was that the global South (mostly newly independent) had no visible problems of environmental pollution, and suspected that the whole exercise was aimed at limiting the rate of its own development.

The main change is that the global South has become better informed and more technically capable. Such capability, however, is not uniform among all countries of the South: It is more easily noticed among countries of Latin America (including the Caribbean) and south Asia, while it is spotty among African countries and rare in the Arab world.

Delegations from the South, whose participation may be funded by contributions from the North, often consist of one person per country, as opposed to as many as 300 from a certain country on one occasion. This leaves delegations from the South weak on both capacity and "endurance," when negotiations continue throughout the night and well into the early hours of the next morning. There are other intrinsic reasons for this weakness, of course. In my experience as a negotiator at some environmental meetings relating to biodiversity, the only way the South could operate effectively was by "joining forces" with a few experienced negotiators, complementing each other in a "like-minded" arrangement.

On technical issues, this modus operandi functions well.  However, since agreement must be by consensus, negotiations are based on technical facts but settled on political facts, often reflecting "power balances." Technical delegates are usually poor politicians: They only see what is technically accurate as valid. The "art" of negotiation is largely an art of the "possible," not the accurate. Such art cannot be acquired in a hurry, and there is no "operation manual" for it. This places delegates from the South at a distinct disadvantage.

This is especially true when environmental decisions (especially binding international agreements) impact heavily on trade and business interests, which work as a lobby and pull their weight over negotiators from the North in a purely political power game. This can be bewildering and frustrating to the novice negotiator with only a technical background. Such "pressure" is even more frustrating when the "lobby" reaches decision makers in the home capitals (even in the South), dictating unreasonable positions which the delegate fails to understand, argue or defend.

Having been participating in or observing negotiations for international agreements on biodiversity and related issues of climate change for the past 14 years, I must confess that it took me years to realize that I was too naive to relate arguments to the current political state of affairs, and even fairly distant history in the North. Instead, I related such arguments to the post WWII "propaganda" of the need for peace and prosperity for all.

In these negotiations, it is common to listen politely to delegates from the North arguing their cases on the floor in an amazingly illogical fashion. In the corridors or over a meal, where they can speak with much less restriction, the same delegates make much more sense and give you the false feeling that they have been swayed into a more logical direction. The main reason for the shock one thus experiences listening to very experienced and talented negotiators from the North speaking illogically is that we live too much in the present without examining the past.

Lesson one: Read the present in terms of trends of the past. 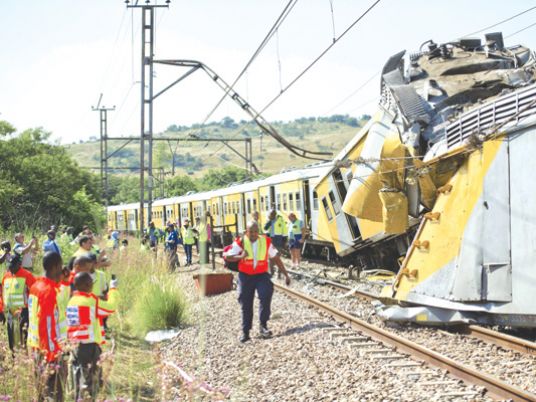 UN: Work on climate pacts to start next month