Finland would be “warmly welcomed into NATO,” said the military alliance’s chief Jens Stoltenberg after the country’s top politicians said they wanted to join.

“This is a sovereign decision by Finland, which NATO fully respects. Should Finland decide to apply, they would be warmly welcomed into NATO, and the accession process would be smooth and swift,” said Stoltenberg, according to his office.

“Finland is one of NATO’s closest partners, a mature democracy, a member of the European Union, and an important contributor to Euro-Atlantic security,” he added.

Stoltenberg said he agreed with the analysis from Niinisto‍‌ and Marin “that NATO membership would strengthen both NATO and Finland’s security.”

He emphasized that Finnish accession to NATO would show “that NATO’s door is open, and that Finland decides its own future.”‍ 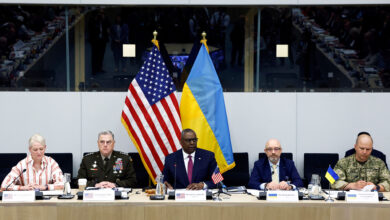