Subsidised infant milk will only be available in 1,005 outlets throughout the country, Egypt's health minister said on Thursday after dozens protested the shortage outside Egyptian Pharmaceutical Trading Company in Cairo.

The ministerial decision came to combat "leakages" of the supplies of subsidized infant milk, the minister, Ahmed Emad, said during a press conference at the Cabinet of Ministers on Thursday. He added that the state spends LE450 million annually to subsidize the milk.

One of the protesters, who preferred not to be named for security reasons, said that he made the trip from Monufia, a governorate in the Nile Delta, to Cairo several times to buy the milk from the Company since it was unavailable in his own governorate. He added that the Company only offers three packs for each child.

The protesters gathered earlier Thursday morning and are reported to have blocked the road in front of the company until an Interior Ministry official came to negotiate with them. According to the protester, the official told them of three outlets where they can buy the milk and requested that they inform him if they do not find it.

During the press conference, Emad said that the protesters had attacked the company because they were unaware of the new system, and that it is being applied to end unlawful trade with the infant milk.

He also stated that the infant milk will now be sold using smart cards, and that the fathers, or relatives, of the infants must go to their nearest health unit to receive their smart cards. Mothers and their children will be inspected to assess whether or not they will be qualified for the infant milk.

The Armed Forces have imported 30 million packages of infant milk that are being distributed among pharmacies for those who do need to have the milk subsidized, the minister said. 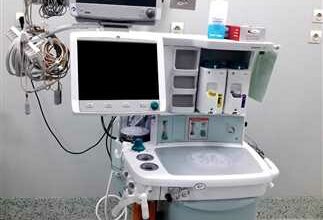