Facebook Twitter LinkedIn
Human Rights Watch (HRW) said that the rapid use of excessive force by security forces in breaking up sit-ins supporting ousted President Mohamed Morsy led to “the most serious incident of mass unlawful killings in modern Egyptian history."
Human Rights Watch investigations indicate that the decision to use live ammunition on a large scale reflected, from the outset, a failure to observe basic international policing standards on use of lethal force.
It also added that it was not justified by the disruptions caused by demonstrations or the limited possession of arms by some protesters, according to a statement issued on Monday by HRW.
The statement added that the failure of the authorities to provide safe exit from the sit-in, including for people in need of urgent medical attention, constituted a serious violation of international standards.
Based on first-hand documentation and interviews with health workers and lists of the dead obtained by the Egyptian Center for Economic and Social Rights, the death toll during the dispersal of the Rabaa sit-in reportedly exceeds 377, much higher than the latest Rabaa death toll of 288 announced by the Health Ministry.
Residents from Rabaa told HRW that at around 6:30 am security forces called on protesters to leave the sit-in via the Nasr Street exit using loudspeakers. Around 10 to 15 minutes later, at around 6:45 am, riot police moved in on the Rabaa protest from several sides shooting tear gas, rubber pellets and, very soon after, live ammunition.
It was not possible to establish whether the first use of live ammunition came from the side of security forces or protesters. HRW, however, says it found no evidence to suggest that firing by protesters justified the quick resort taken by police to massive lethal force against largely unarmed protesters.
“This excessive and unjustified use of lethal force is the worst possible response to the very tense situation in Egypt today,” said Joe Stork, acting Middle East and North Africa director at Human Rights Watch. “Egypt’s military rulers should rein in police forces to prevent the country from spiraling into further violence. The military should not be encouraging police to use even more lethal force.”
Tags
HRW killing of protesters Nahda pro-morsy sit-ins Rabaa sit-in dispersal 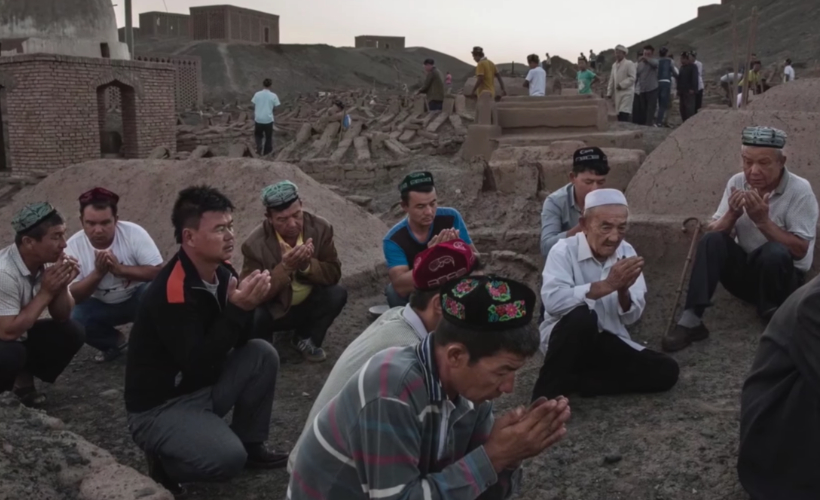 China admits to locking up Uyghurs, but defends Xinjiang crackdown