MANILA, Philippines (AP) — Philippine lawmakers voted Friday to reject the license renewal of the country’s largest TV network, shutting down a major news provider that had been repeatedly threatened by the president over its critical coverage.

The House of Representatives committee on franchises, dominated by President Rodrigo Duterte’s political allies, voted 70-11 to reject a new 25-year franchise for ABS-CBN Corp. The National Telecommunications Commission had ordered the broadcaster to shut down in May after its old franchise expired. It halted broadcasting then, but the vote takes it off the air permanently.

Duterte and his allies had raised questions about the network’s compliance with the law and the terms of its franchise.

International media watchdogs condemned the closure of ABS-CBN, which was founded in 1953, as a major blow to press freedom.

Human Rights Watch said the lawmakers’ vote was “a grievous assault on press freedom in the country” and the greatest blow to media freedom caused by any government act since then dictator Ferdinand Marcos shut the broadcasting giant and other media outlets after declaring martial law in 1972.

“This move solidifies the tyranny of President Rodrigo Duterte, who accused ABS CBN of slights against him and politically targeted it for refusing to toe the government’s line and criticizing his so-called `war on drugs,’” said Phil Robertson, the deputy Asia director of the US-based rights group.

Reflecting the extent of unease over the network’s shutdown, both the opposition and several key Duterte allies questioned efforts to close it. Concerns have also been raised by a diverse range of groups, including top business executives, left-wing activists and Catholic church officials.

ABS-CBN has more than 11,000 news and production personnel nationwide. Aside from reporting on the coronavirus, which has infected more than 50,000 people and killed 1,314 in the Philippines, it has provided food and medical aid to more than two million people, company officials said.

The network was last shuttered under the rule of Marcos and reopened after his 1986 ouster by an army-backed “people power” revolt.

Media watchdogs accuse Duterte and his government of muzzling independent media such as ABS-CBN that have reported critically on issues including his anti-drug crackdown, which has left thousands of mostly poor drug suspects dead. Duterte has accused the network of not airing his paid campaign ad and favoring a rival candidate in the 2016 election, allegations the company denied.

But ahead of the franchise expiration, the government’s solicitor-general, Jose Calida, asked the Supreme Court in February to revoke the franchises of ABS-CBN and a subsidiary in a separate attempt to shut the company for allegedly abusing its franchises and violating a constitutional prohibition on foreign investment in Philippine media. ABS-CBN denied the allegations. 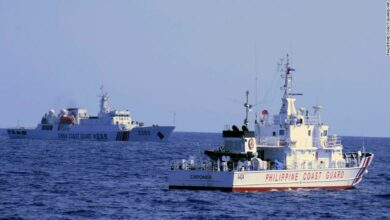