The new amendments to the electoral law, approved on Sunday by the military-backed cabinet, will enable Egypt’s military rulers to maintain their grip on the political process, blocking any chance of a solid parliamentary majority in upcoming elections, according to politicians.

Egypt’s nascent secular political parties, along with Islamic forces, have cast doubt over the amendments, which will see two thirds of constituencies allocated according to list-based system, which favors political parties, and one third according to the single-winner system, which allows individual candidates to compete independent of any party.

“All the political powers, despite their real strength, will battle over two thirds of the parliament. This means that we have a whole third of the parliament allocated for other forces. The outcome simply is a fragmented parliament,” said Amin Iskander a leader in the nationalist Karama party.

According to the new law, expected to be formally issued soon by Egypt’s military rulers, the People’s Assembly will be comprised of 498 seats, which will be elected in 46 electoral constituencies using the list-based system, and 83 using the single-winner system.

The dual system will see each governorate divided into two overlapping levels of electoral constituency, one for the list-based system, and another for the single-winner system, requiring voters to vote twice, once under each system.

The current amendments can be seen as at least a partial success in bringing pressure to bear on the military council, which only agreed to make amendments to the law issued in July after an outcry from political forces across the board. The original law stated that half of the 504 seats of the People’s Assembly would be chosen through the list-based system and the other half on a single-winner basis. Under Mubarak, all candidates ran as individuals in an electoral system which critics argued ensured solid majorities for the NDP.

However, most feel that the military’s concessions don’t go far enough, a view articulated by Azab Mustafa, a member of the Freedom and Justice Party's high committee. “The Supreme Council of the Armed Forces is still marching against the national will, since it adopts an electoral system that is rejected by all political powers, who demanded a party-based proportional list system,” said Mustafa.

The law also states that if a candidate is elected as an independent and later joins a political party, then his membership in parliament becomes invalid.

“This is a major setback, because they have prevented political parties from contesting individual seats. This means that only two main powers can run for those seats: the remnants of the old regime and members of the Muslim Brotherhood,” said Farid Zahran, a leader of the secular Egyptian Social Democratic Party.

“They have their party [Freedom and Justice Party], in which they can file candidates in the party-based list. They also have members of the group itself who can run as independents,” said Zahran.

However, Zahran’s view is contested by members of the Muslim Brotherhood, the nation’s best-organized political group.

“This system means that there will be no majority in the parliament, because the third represented by individual candidates won’t have the right to join any political party bloc in parliament. I think that the most powerful political force will never get more than 30 percent of the parliamentary seats under this system,” said Mustafa.

The Brotherhood is part of the Democratic Coalition, a loose alliance comprised of 34 political groups, including the liberal Wafd Party.

However, other political powers see the dominance of the Muslim Brotherhood, along with other Islamic forces, as normal in such a context.

In April, an Egyptian court ordered the dissolution of the former ruling National Democratic Party, but such a move is seen as insufficient by some revolutionary forces, who have called for the application Egypt’s Treachery Law, originally created to try officials after the 1952 Free Officers coup. The Treachery Law, if applied, could be used to bring remnants of the former regime to trial, thereby removing them from the political scene altogether.

So far, around eight political parties established by members of the former regime have been granted legal status. Some influential members of the dissolved NDP have expressed their intention to run in upcoming elections, which are due to start on 21 November.

The amendments to the new elections law are seen by many in the political scene as further evidence that the military council is not willing to give in to the wishes of civilian political forces.

“The new amendments don’t represent the demands raised by all political powers in the country. We demanded adopting the party-based proportional list system, but SCAF didn’t listen,” said a statement issued by the Egyptian Bloc, an alliance of liberal and secular parties. 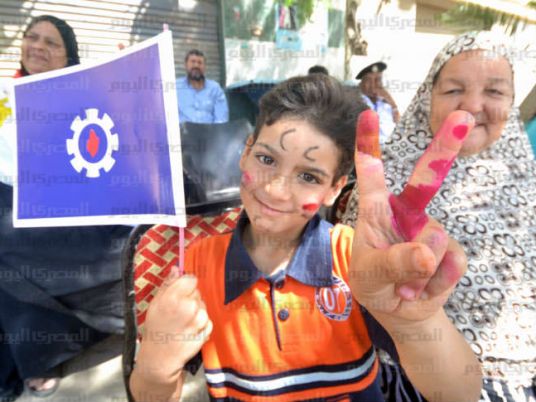 Egypt’s supreme court decides against constitutionality of another elections law