Performed by renowned pianist Amira Fouad, conducted by Hisham Gabr and backed up by the musicians of the Cairo Ensemble, the performance was flawless.

The excellent performance, part of the spring program at the International Music Center, was conducted by Gabr–renowned Egyptian Flutist, conductor and composer who began his career in the early 1990s–and accompanied by Fouad, founder and artistic director of the Festival of the Nile, a celebration of chamber music.

Surfing between the overture of Rossini’s opera La Scala di Seta (‘The Silken Ladder,’ 1812) and Haydn’s Symphony No. 104 in D Major was swift. Mozart’s Concerto for Piano and Orchestra No. 20, which followed, was no less breathtaking. With this kind of virtuoso performance, it is easy to drift far, far away with the music.

You can be Giulia, awaiting Dorvil as he climbs up the silken ladder to her room, or a witness to their secret marriage, held against the wishes of the heroine’s guardian and tutor, Dormont. Mozart’s tunes guide you to the front seats at the Mehlgrube Casino in Vienna back in 1785, when the celebrated composer performed his Concerto for Piano and Orchestra No. 20, K.466 in D Minor for the first time. Then you can enjoy the premier of Haydn’s final symphony and the last of the twelve so-called London Symphonies.

Towards the end of the concert, your eyes might roam the ceiling of the ancient palace, crowned by golden stanzas of Sufi poetry–another enchanting aspect of the event. 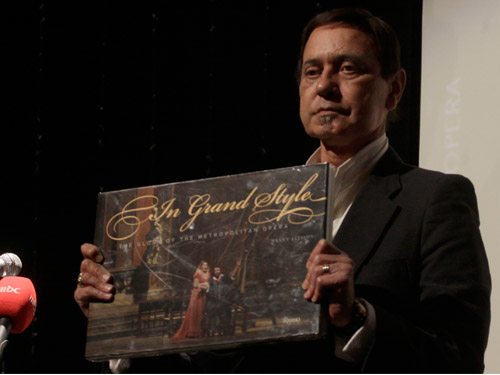