Pakistan police said on Wednesday they were investigating blasphemy allegations against a man dubbed the "disco mullah" who quit a career in pop music to become a preacher.

Blasphemy is punishable by death in Muslim-majority Pakistan. But the law does not define what is blasphemous – anyone can file a case alleging their religious feelings were hurt for any reason.

Qadri filed the case against Jamshed after he used the example of one of Prophet Muhammad's wives to illustrate an argument about the failings of women in a video.

"Now the case is with the investigators," said Mehmood Ahmed, a police officer in Karachi. "We will have to arrest Junaid Jamshed and it is up to him if he moves bail and goes to court against this."

After the video went viral, Jamshed released a video apology. "This is my mistake and it is because of my ignorance, because of my lack of knowledge," the 50-year-old said. "With a clean heart I ask that Allah forgive me and I beg and beseech all Muslims to forgive me. This was not on purpose."

Rights groups say the law is mostly used against minorities and the poor to settle personal scores or seize property.

Before becoming a preacher, Jamshed was a pop star with a string of chart-topping songs and albums. He retired in 2001 and announced that he was devoting his life to Islam.

Jamshed has previously drawn criticism for saying that women should not be allowed to drive or leave home without a male guardian. 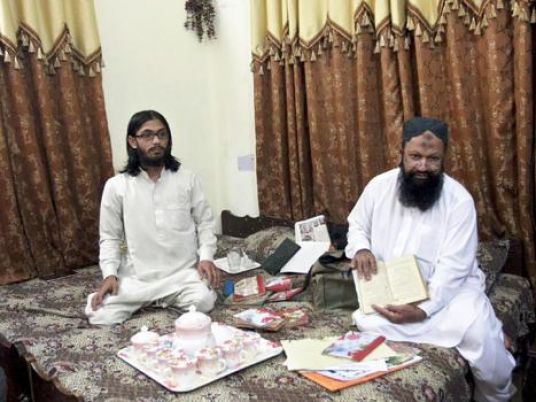