Workmen in Paris started pulling off hundreds of thousands of padlocks attached by lovers to the "Pont des Arts" bridge on Monday, afraid the sheer weight of the romantic tokens could put the 19th century structure at risk.

The pedestrian bridge has become a shrine for amorous tourists and Parisians alike, who seek to immortalize their love by leaving an initialed padlock attached to its metallic grid railings.

"It's the end of the padlocks," deputy Paris mayor Bruno Julliard said in a statement.

"They spoil the aesthetics of the bridge, are structurally bad for it and can cause accidents," he added, noting that at least one section of railing had already collapsed under the weight in a potential risk to shipping on the River Seine below.

The existing railings will initially be replaced with panels covered in street art and later this year by plexiglass, he said.

Paris authorities are looking to recycle the metal used for the padlocks for humanitarian projects "so that the symbol of love which these couples have invested in them will not be lost entirely", Julliard told reporters later on Monday.

But authorities will also take a zero-tolerance attitude toward padlocks starting to turn up at other locations around Paris, including the iconic Eiffel Tower, Julliard added.

A couple of tourists from Washington DC turned up at the Pont des Arts on Monday unaware of the new padlock ban.

"We came with the idea of putting a lock but we found out it's closed and illegal now – so we are just going to put it here at the very end of the bridge so no one can see," Cathy Hominage told Reuters TV. 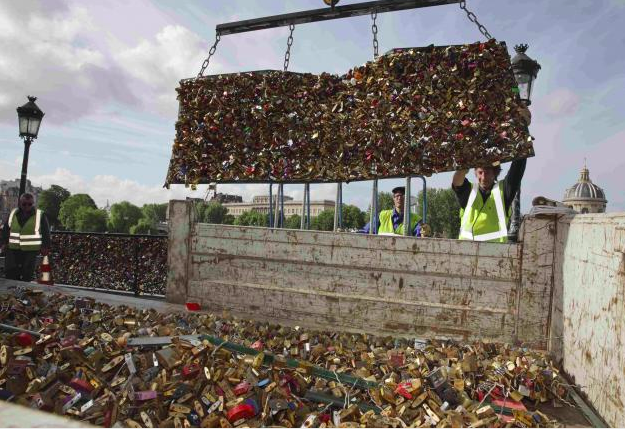 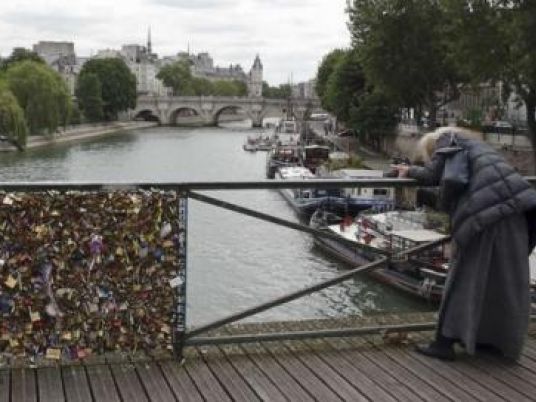 On Newport’s Cliff Walk, ‘love locks’ may not be forever