The Alliance of Revolutionary Forces called for a protest Thursday as a memorial for Mohamed Hussein al-Qorany, who was killed Friday amid protest clashes with security forces.

The group said in a statement that the protest would include painting graffiti images on the walls of Mohamed Mahmoud Street and around Tahrir Square as well as lighting candles in remembrance of Qorany, Popular Current activist Mohamed al-Gendy and other protesters who have died.

At least 58 people have been killed in violence in several governorates amid revolution anniversary protests and demonstrations over a Port Said court verdict that sentenced 21 football fans to death.

The Thursday afternoon protest will be followed by a march at 6 pm from Tahrir Square to Talaat Harb Square, the statement said. Another march is also planned in honor of Gaber Salah, known as Jika, a 17-year-old April 6 Youth Movement member killed in November 2012 clashes on Mohamed Mahmoud Street.

Forensic examiner Emad Edeeb Abdallah said that an initial report revealed Qorany had died from neck and chest wounds sustained when he was shot with bird shot from the front. 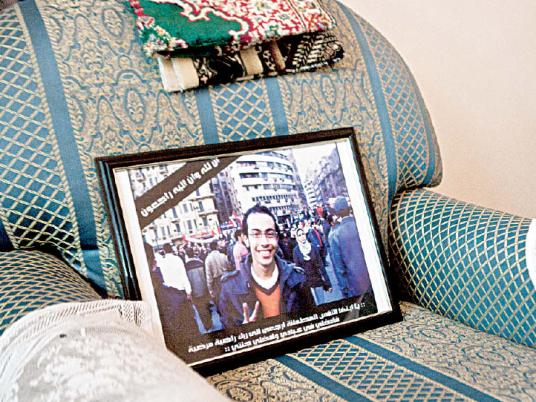