The presidents of the judicial bodies will be sworn in before Sisi at the Etihadeya Presidential Palace. The president’s decisions, published in the Official Gazette did not include the new State Council head, as judicial sources said his appointment would be delayed because the current State Council head’s tenure is yet to end on July 17, unlike the current presidents of the rest of the bodies.

Hamza obtained a Bachelor of Law from Ain Shams University in 1972 and joined the work of the State Lawsuits Authority in 1973.

Anwar was appointed as the first deputy and director of the technical office of the head of the Administrative Prosecution. She worked as a parliamentary researcher. She developed in positions until she reached the position of the director of the Disciplinary Lawsuits Department in Cairo.

She reaches the age of retirement on September 13.

The Supreme Council of the Administrative Prosecution met last month and nominated Anwar for the position.

Aboulela was the deputy president of the Court of Cassation and one of the three candidates who were nominated by the Supreme Judicial Council for the position.

Aboulela issued several rulings in public opinion cases. He prononced the death sentence against 149 defendants in the massacre of Kerdasa case.

He accepted the appeal of former Prime Minister Ahmed Nazif against his five years in prison over illegal gains charges.

He mitigated the 20-year prison sentences issued against MB figures Mohamed al-Beltagy and Safwat Hegazy in the case of torturing a police officer at Rabaa al-Adaweya sit-in to 10 years in prison.

The House of Representatives amended the law selecting heads of judicial bodies despite the rejection of the bill by State Council. 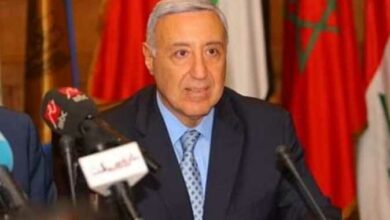