Some political forces have already announced that they will boycott the coming parliamentary elections, which are set to begin on 28 November, to protest what they perceive as a rushed electoral schedule and excessively complex electoral laws.

However, some experts say the main impetus for the boycott is that those forces are not ready to face more powerful players, like the Muslim Brotherhood’s Freedom and Justice Party or former members of Mubarak’s National Democratic Party (NDP).

"Egypt is currently witnessing a state of political confusion due to a lack of consensus among national forces on the road map that was devised for the elections,” Gebaly said. “And so the boycott seems plausible in theory."

Among the forces that plan to boycott the elections is the National Council, which formed after the 25 January revolution. It was founded by wealthy political activist Mamdouh Hamza in April and includes more than 100 political movements and trade unions.

While the National Council is not a registered political party, its members could in theory run as indepenents, and still make use of their association with the council in campaigning. However, the official line of the council is that its members will not be running as candidates or taking an active part in the elections in any other way.

The National Council decided to boycott the poll in response to the failure of the government to issue the Political Isolation Law, formerly known as the Treachery Law, which would ban from politics members of the defunct ruling NDP, which corrupted political life under ousted President Hosni Mubarak.

Among the other forces boycotting the elections are the revolutionary coalitions, their supporters who are members in old and newly formed political parties, certain Islamist groups and various Christian communities.

The April 6 Youth Movement, an influential activist group, is divided over the boycott. The divide runs deeper than just the elections, though. In July, April 6 split into two camps with the same name.

"Our role now is to educate the people of their political rights,” said Karim Fahim, a member of the first camp. “We never sought power since we were established in 2008.”

The other camp, known as the Democratic Front, is prepared to participate in the elections, as two of its members intend to run independently, away from the existing political alliances.

Amr Hashem Rabie, head of the Democratic Transition Unit at the Al-Ahram Center for Political and Strategic Studies, believes the groups that have announced the boycott do not, in fact, have any chances for nomination except on independent seats or through partisan lists. He suggests, however, that the real reason was that those groups fear of the new electoral system, given their lack of preparedness on the ground.

"The new system does not suit those groups whose members are novice political activists. They can, however, publicize their opinions through different means other than the parliament, such as protesting and campaigning," Rabie explains.

Groups that plan to boycott the election echoed Rabie’s suggestion, telling Al-Masry Al-Youm that they are not concerned about being marginalized because they have other tools at their disposal that do not rely on parliamentary representation.

Rabie stressed that the current elections system only fits the Muslim Brotherhood’s Freedom and Justice Party – which he described as an organized party able to take over many seats through a list-based candidacy – as well as remnants of the NDP, whom he said still enjoy a vast influence in several Upper Egyptian constituencies through the single-winner candidacy system, thanks to their tribal affiliations.

Last month, the ruling Supreme Council of the Armed Forces (SCAF) agreed to amend the elections law to allow two-thirds of the candidates to run under the list-based system and one-third individually, instead of the previous equal division, after more than 60 political parties – the most prominent of which were the Muslim Brotherhood’s Freedom and Justice Party and the liberal Wafd Party – had threatened to boycott the elections.

Independent Coptic movements, such as the Maspero Youth Union and Copts for the Sake of Egypt, which were formed after several sectarian incidents that took place after the revolution, are also boycotting the elections.

“We are not running in the elections, but we will vote for those who can achieve national justice,” explained Maspero Youth Union spokeswoman Evon Messad, pointing to the liberal parties that are allied against the Islamic forces.

Observers believe that Coptic Christians constitute a significant voting power, not only because they are politically frustrated, but also because their numbers are estimated at 10 million, of whom 4 million are eligible to vote.

According to Rabie, Coptic groups should avoid running the elections in organized blocs with explicitly Coptic identities, saying that such a move would put them in a direct sectarian confrontation with Islamist groups. He suggests that Copts, for the time being, may instead support other candidates they can trust, such as liberals.

Coptic Christians are dismayed by the Maspero violence on 9 October, which left 28 people dead and more than 300 others injured when the military attacked a group of mostly Coptic protesters.

They also view Islamist groups with suspicion, suspecting the group's true intentions for religious pluralism and citizenship, especially since those groups accused them of trying to foment sedition in Egypt.

The Egyptian Communist Party last week announced that it would also boycott the elections in protest at their timing, which is tainted by many risks and unclear political perspectives, as the party put it.

"If the security vacuum continues until the elections, we will witness a disaster," said Essam Shaaban, a leading member of the party. “We also object to the road map that the military council has envisaged for the democratic transformation of Egypt.”

Shaaban denied that his party is unprepared for the elections.

The Communist Party is the only leftist party to boycott the elections, as the Tagammu Party, the People's Alliance Party and a number of other leftist movements announced that they will participate.

“Parties of the same political ideology may not necessarily agree on common political stances,” Shaaban said.

Meanwhile, the majority of political parties seem willing to take part in the elections, although they have not yet completed their candidacy lists and the closing date for submitting applications is 24 October.

There are currently two main coalitions running in the elections, the Egyptian Bloc, which includes 14 liberal and leftist parties, and the Democratic Coalition, which now includes 12 parties after 28 others withdrew from it.

The Democratic Coalition is controlled by the Brotherhood’s Freedom and Justice Party, which is fielding the largest number of candidates on behalf of the coalition. 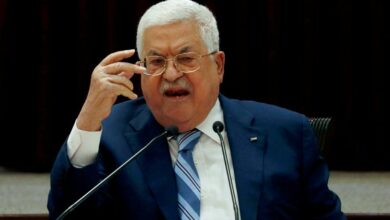