Thursday’s news is dominated by Friday’s plans for what many papers are referring to as the “second Tahrir revolution.” For its lead story, state-owned Al-Ahram examines a restored sense of unity resulting from planned protests, which the paper calls the “Revolution First” Friday. Al-Ahram reports that, in an “unexpected move,” both the Muslim Brotherhood and members of the Salafi movement have renounced their pledge to “boycott all protests” and announced that they will, in fact, participate in Friday’s mass gathering.

In a press release, the Muslim Brotherhood explained its decision was motivated by the “ongoing injustices against martyrs’ families, and the sluggishness of the courts in reaching verdicts against ‘killers’ and ‘corrupt people’ of the former regime,” among other things.

Al-Ahram also reports that “all other political forces and parties” have agreed to set aside their differences and join in the protest this Friday in Tahrir Square. The protest, the paper explains, calls for the complete “purification” of the government from individuals loyal to the previous regime.

This sense of unity, however, has, yet again, failed to manifest between the police and the people, as Al-Ahram’s second lead story proves. “Renewed altercations break out between protesters and police forces in Suez,” reads the headline of a report detailing the violence that erupted on Wednesday, after a court rejected the attorney general’s appeal of the decision to release police officers accused of killing and injuring protesters on bail.

Also in Al-Ahram is a report on a recent announcement from the Ministry of Health, in which officials “confirmed the innocence of the fenugreek seed,” believed to have caused the massive E. coli outbreak in Europe.  In an interview with the paper, Minister of Agriculture Ayman Farid Abul Hadid claims that the EU repeatedly tested fenugreek seeds from Egypt, and had confirmed to him that they were not contaminated two days before the EU announced a ban on Egyptian seed imports. The paper reports that the minister has since sent a “strongly-worded” letter to the EU demanding clarification, and “warning them against any attempts at insulting Egypt.”

The independent papers continue covering preparations for the “second revolution,” with Al-Shorouk reporting on renewed unity between the formerly bickering parties set to participate. Al-Wafd does the same in a report titled “Waiting for the Friday of Persistence.” Meanwhile, Al-Dostour reports that Minister of Health and Housing Ashraf Hatem has ordered that emergency services in all major hospitals across the governorates will be on high alert Friday.

Al-Dostour also features a report on the Journalists Syndicate Freedom Council, which is calling for transparent trials for those accused of killing protesters. Speaking on behalf of the council, Mohamed al-Damaty explained to Al-Dostour that “the recent release of accused protester-killers in Alexandria and Suez has enraged and terrified the victims’ families and the Egyptian people.” During a press conference in front of the Journalists Syndicate, which was followed by a march to the Ministry of Justice, Damaty also called on the minister to move the trials to larger and more prominent courthouses capable of holding more civilians.

In Al-Shorouk, a coalition of senior judges says it would be “impossible” to hold elections this coming September, as planned. The judges, many of whom will be in charge of overseeing said elections, pointed out the obvious, with a spokesperson stating “there are less than three months between now and the proposed September date.” The judges also say that with Ramadan falling in August, “there will not be enough time to create a complete electoral scene.”

Besides its coverage of the Suez violence and Friday’s protest, Al-Wafd reports on what it says is the mysterious disappearance of former First Lady Suzanne Mubarak. Claiming that “she has not visited her husband in three days,” the paper attempts to piece together the few clues that it has, namely that her black Mercedes is still parked outside of her family’s Sharm estate, and that she allegedly visited the dentist several days ago. Through several incongruous leaps in logic, and a tip-off from an “anonymous source close to the Mubarak family,” the paper concludes that Mubarak has returned to her home in Cairo, after allegedly having snuck out of Sharm el-Sheikh on a private jet accompanied by minimal security. Al-Wafd points out that this could be a violation of her travel ban.

Security has heightened in the face of ongoing protests outside the Sharm el-Sheikh hospital where the former president is reported to be receiving treatment for a long list of vaguely defined illnesses. According to Al-Wafd, frustrated protesters are (finally) beginning to question whether or not the former president is actually in the hospital, or in some other unknown location.

Inadvertently or not, Al-Wafd amuses readers with a report on the “discrepancies” at Tora Prison, where many of Mubarak’s cronies and his two sons are being held. With apparent astonishment at the fact that “corruption follows the members of Mubarak’s regime wherever they go," the paper proceeds to detail the investigation launched by the prison sector’s financial office into the disappearance of LE4000 worth of food and beverages from the Tora Prison cafeteria. With their investigation reaching a dead-end (even though Al-Wafd repeatedly hints at the obvious conclusion), officials are holding Prison Treasurer Mostafa Hussein responsible and have ordered him to compensate the prison. 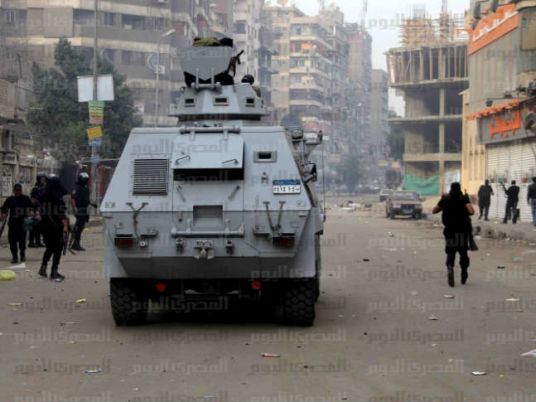