Al-Ahram quotes the president in the following lead headline: “The next five years are for the poor and marginalized.” On Wednesday, Mubarak affirmed in his speech to members of the Supreme Politics Council, along with senior NDP leaders, that the elections, which will be supervised and monitored by the High Elections Commission and Egyptian civil society, will be free and transparent.

Al-Akhbar allocates its entire front-page to an exhibition of Mubarak’s political, social, and economic reforms over the past five years. The expose also divulges the NDP platform, which, the article attests, aims to help the needy and other limited-income demographics.

Reporting on the same issue, Al-Gomhorriya reports Mubarak apologized to the NDP candidates who did not receive parliamentary nominations, saying, “The door will remain open for you to run in next elections.”

Alongside Mubarak’s speech coverage at the top of Al-Ahram’s front-page is news of US President Barack Obama’s speech at the University of Jakarta, Indonesia, the world’s most populous Muslim country.

The speech is Obama's second to the Islamic World following his Cairo visit in June 2009. “America is not in a war with Islam," Al-Gomhorriya quotes the US president in a headline.

During the speech, Obama, according to the paper, said the strained relations between the US and the Islamic world need remedial efforts. But Obama admitted overcoming the suspicion and mistrust between the two parties of recent years is a difficult undertaking.

According to the report, Obama pointed out, “We are not against a great religion as Islam, but at the same time we will not allow terrorists to do what they want," adding, “We have to try to forge a common ground against violent extremism."

The US president and First Lady visited the Istiqlal Mosque during their visit in Indonesia, Southeast Asia's largest.

In other news, Al-Ahram writes that Prime Minister Ahmed Nazif has agreed to import 1 million tons of raw sugar before September 2011 in an effort to compensate for the current shortage.

According to the paper, Minister of Trade and Industry Rashid Mohamed Rashid, explained that the move aims to achieve price stability in the sugar market.

The minister pointed out, however, that the strategic reserve will sufficiently cover the country’s needs until the appropriate time.

According to privately-owned Al-Shorouk’s Thursday coverage, Egyptian Television host Ihab Salah was sentenced to 15 years in prison for fatally shooting his wife Magda Kamal in the head.

The judge told Al-Shorouk the sentence was reduced to the minimum penalty because the murder was committed in self-defense despite public prosecution calls for first-degree murder and execution.

A violent quarrel broke out last July between the two during which the late wife assaulted Salah after she discovered his affair with another woman. Salah, who was under the influence of drugs at the time, said he was forced to kill her after calling the police several times but receiving no assistance.

The report says that the sentence can still be appealed by the defendants or the prosecutor within 60 days.

In other front-page, Al-Wafd writes that the Egyptian government imposed heavy security measures on Gaza border after Israeli strikes on Palestinian militants in Gaza. According to the paper, an official said the security measures are in place to prevent Palestinians from entering Egypt.

Imported raw sugar exempt from customs taxes until end of 2017

Egypt to produce 2.4 mln tons of local sugar this year 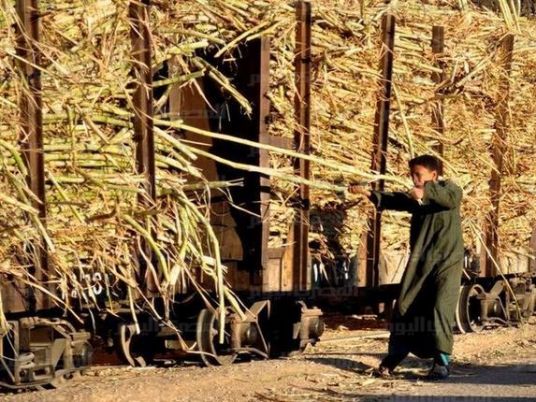 GASC gets one offer at white sugar tender