Facebook Twitter LinkedIn
New York CNN Business  —  Live-streaming giant Twitch on Tuesday said it will take additional steps to crack down on unlicensed gambling content on its platform after facing backlash from some of its top creators.

The Amazon-owned service plans to prohibit gambling sites from streaming on the platform if they are not licensed in the United States or in “other jurisdictions that provide sufficient consumer protection,” according to a company statement posted on Twitter.

“While we prohibit sharing links or referral codes to all sites that include slots, roulette, or dice games, we’ve seen some people circumvent those rules and expose our community to potential harm,” the company said in the statement.

The ban takes effect on October 18th. Sites for sports betting, fantasy sports and poker will continue to be allowed on the platform.

Gambling has found a foothold on Twitch. “Slots,” where viewers can watch streamers bet in cryptocurrency in online casinos, is now the tenth-most-watched game on Twitch, according to TwitchTracker. Sites like Stake.com, impacted by the announced ban, have sponsored streams on Twitch to attract new players and allow them to use cryptocurrencies to gamble on their platform.

But there has been renewed criticism of gambling activity in recent days after one Twitch streamer livestreamed a video to fans over the weekend claiming to have scammed them out of more than $200,000 to fund his own gambling addiction.

Top streamers have been calling on Twitch to ban gambling, with the hashtag #TwitchStopGambling trending on Twitter. Some also discussed a week-long boycott during the all-important holiday season.

“Gambling is horrible for the platform. Get rid of it,” popular streamer and CMO of influencer marketing agency Novo Studios Devin Nash, who had over 150,000 followers on Twitch before leaving the platform last May, wrote in a Twitter thread over the weekend. “Gambling is damaging to young Twitch users, bad for legitimate advertisers, and brings down the quality of the whole site.” 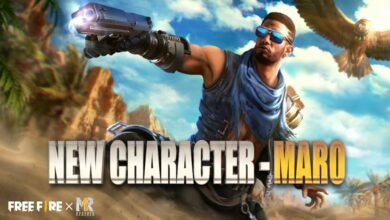 Video: Mohamed Ramadan comes to the world of video games as ‘Maro’ 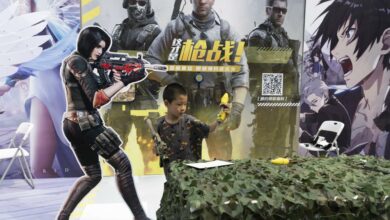 China limits children to 3 hours of online gaming a week