Six assistants to US Congressmen from the Republican and Democratic parties visited North Sinai on Wednesday, as part of strategic partnership relations between Egypt and the US in various fields and joint in endeavors to support peace and development.

The military spokesperson for Egypt’s armed forces Tamer al-Refai said that the visit program included a meeting with the governor of North Sinai, Mohamed Abdel-Fadil Shousha.

The delegation also inspected some of the economic development projects being implemented in the city of al-Arish, and visited the desalination plant under construction in the city. 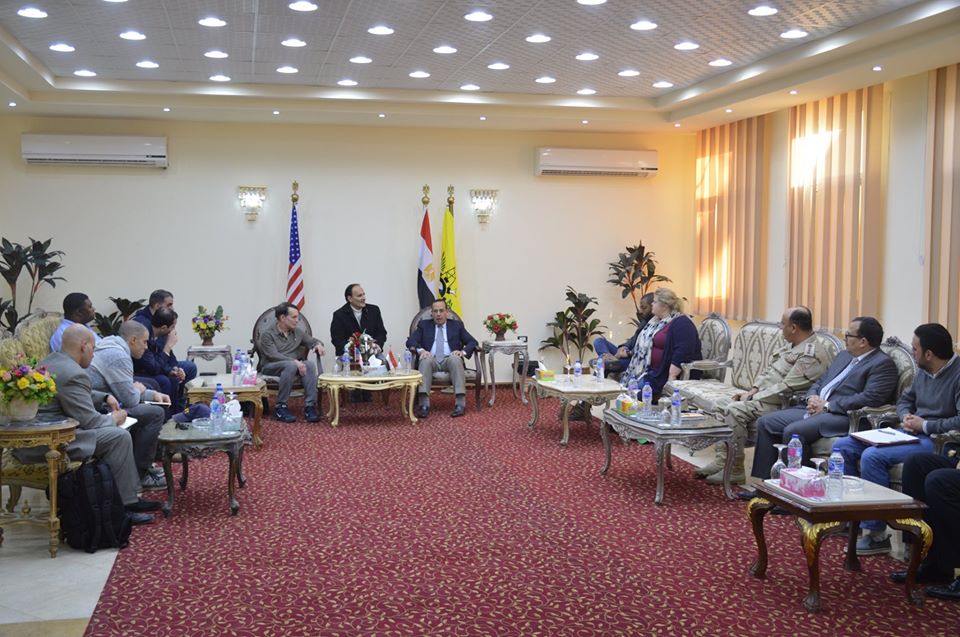 They hailed the efforts of Egypt’s armed forces in achieving security and stability and returning life to normal in North Sinai, as well as providing all living requirements for North Sinai’s people.

The military spokesperson said that the visit comes in light of strengthening Egyptian-American relations and joint cooperation between in various fields, laying down the foundations for security and stability.