The US Embassy in Cairo confirmed it does not plan to change working hours at the embassy and will continue to provide services to its nationals.

Spokesman for the US Embassy in Cairo Mofid al-Deek told Al-Masry Al-Youm the embassy does not plan to close its doors so far like other foreign embassies in Egypt which have recently stopped its services for security reasons.
The United States issued a warning to its nationals and diplomats last week advising them to not to stay away from their homes and offices in Egypt for long periods.
A British Foreign Office official told Fox News network that the British Embassy in Cairo does not plan to re-open its doors for now. The Canadian Embassy in Cairo has also announced shutting down indefinelty. Both embassies are located in the Garden City neighborhood in downtown Cairo.
An Egyptian security official told Associated Press that the Canadian Embassy asked to close all the roads around the embassy and provide more security. Security has been already intensified around the embassy, but the security authorities explained that they could not close surrounding roads, added the security official.
Three Egyptian security officials told Associated Press that recently arrested suspects revealed plans to target embassies, kidnap foreign nationals, and assassinate public figures, without giving further details.
Edited translation from Al-Masry Al-Youm
Tags
British Embassy in Cairo Canadian Embassy In Cairo US embassy in Cairo

US embassy had prominent role in restoring Jewish cemeteries in Egypt: Israeli media

US Embassy in Egypt warns its citizens against possible protests 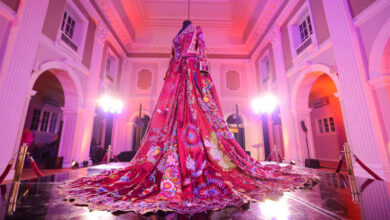 British Embassy in Cairo celebrates The Red Dress in Egypt

Egypt receives more 1.4 million doses of Pfizer vaccine in third shipment from US