US stocks were lower on Monday as investors assessed the G20's decision to drop a pledge to keep global trade 'free and open' and as oil prices fell.

Financial leaders of the world's biggest economies made only a token reference to trade in their communique on Saturday, acquiescing to an increasingly protectionist United States after the two-day meeting failed to yield a compromise.

The dollar fell to a six-week low, while European stocks were lower.

The US stock market has been on a roll since the election of Donald Trump as president as investors bet on his plans to reform the tax code and cut regulation. The S&P 500 has risen about 11 percent since early November.

"Given the slow progress in implementing tax cuts and infrastructure spending plans, markets will soon realize that they are ahead of themselves," said Hussein Sayed, chief market strategist at FXTM. "I'm still quite confident that US protectionist policies will do more harm than good."

Analysts are also worried that the Trump administration is spending too much of its political capital in an effort to pass a Republican-proposed healthcare bill, which may leave it wanting for support when it tries to reform the tax code.

Oil fell around 1 percent as investors continued to unwind bets on higher prices after record cuts last week because of concerns that growing U.S. oil output could hamper an OPEC-led production cut deal.

Exxon and Chevron were down about 0.6 percent.

The US Federal Reserve's conservative rate guidance is also weighing on investors, who will keep an eye on Federal Reserve Bank of Chicago President Charles Evans' speech later in the day.

Evans, a voting member this year on the Fed's rate-setting committee, will speak on the economy at 1:10 p.m. ET. In a television interview earlier on Monday, Evans said the Fed is on track to raise interest rates twice more this year, and it could be more or less aggressive depending on inflation and fiscal policies.

The week is expected to see a host of Fed speakers, including Fed Chair Janet Yellen on Thursday.

Last week, the central bank raised interest rates for the first time this year but stuck to its outlook for two more hikes this year, instead of three expected by the market.

US-listed shares of Deutsche Bank fell 2.8 percent to $18.50 after the German lender disclosed terms of its nearly $9 billion cash call. Declining issues outnumbered advancers on the NYSE by 1,648 to 859. 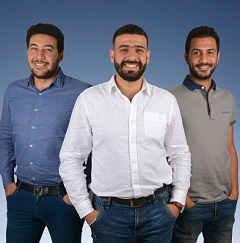