While the Los Angeles Lakers have Jack Nicholson and the Hollywood crowd sitting courtside for their games, the Washington Nationals have attracted a set of high-profile groupies of their own: the nation's powerbrokers.

Supreme Court Justice Samuel Alito is a frequent visitor to Nationals Park in the nation's capital. So is Republican Senate Majority Leader Mitch McConnell and his Democratic counterpart Harry Reid.

Even former Federal Reserve chairman Alan Greenspan and his successor Ben Bernanke let off steam after a rough day by putting their feet up at the ballpark, where the Nationals open their season on Monday against the New York Mets.

"Washington is a hard-working town and people are awfully busy," said Pulitzer Prize-winning journalist George Will, a season-ticket holder who often sits just in front of McConnell. "But even within that restriction a number of them do get to the games."

The Nationals, one of only two Major League Baseball franchises that has never appeared in a World Series, have played in the nation's capital since 2005 when the financially strapped Montreal Expos relocated from Canada.

The team filled a void left by the Washington Senators franchise, which left town in 1971 and became the Texas Rangers.

When he was chairman of the House Oversight Committee, Davis was key in paving the path for the team to come to the nation's capital, getting the subway stop opened on time and solving a host of other issues.

"There are a lot of powerbrokers, lobbyists and businessmen there at Nats Park," said Davis. "I went with a friend once, there was a president of a university one section over. We got a land deal done that night. It is a place to be seen."

Montana Democratic Senator Jon Tester does not mind not being among the box-seat crowd at Nationals Park, often preferring to watch the game from the anonymity of the upper deck.

A gift rule forbids members of Congress from accepting any free tickets, so whether they watch from a suite or sit among the general public, they have to pay for their seats.

Fundraisers are frequently held at the ballpark, often attracting a who's-who of Washington influence peddlers.

"Being at a game is a lot more fun then being on your feet for two hours discussing the amount of asbestos that needs to be taken out of a building," said a Major League Baseball executive who requested anonymity.

"Instead, you're talking about whether the Mets have enough left-handed relief pitching."

The Nationals have assembled one of the best teams in baseball this season and are a consensus favorite to reach the World Series.

Washington has long been a town loyal to the National Football League's Washington Redskins, but Will said that team's recent tailspin has led to an upsurge in interest in the Nationals.

"Winning always helps but so does losing when the losing is being done by the Redskins," he said. "This has always been very much a football town but that's changing."

"The postseason is always a crapshoot," said Will. "The most you can say with any degree of certainty is who will get to the postseason.

"And I certainly think the Nats will be playing in October."

Russian ambassador to US criticizes Washington’s 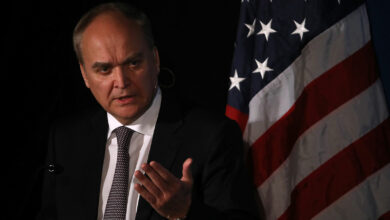 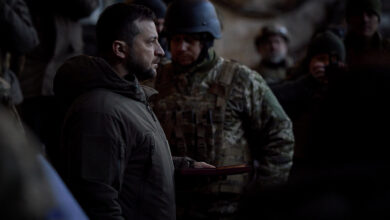 US military aircraft involved in bringing Zelensky to Washington