The case of 11 Egyptians detained in the United Arab Emirates reflects a tense relationship between the Muslim Brotherhood-led regime in Egypt and the Gulf country, observers say.

The detainees, including high-profile Egyptian professionals who reportedly have ties to the Brotherhood, were successively arrested by UAE authorities over the last 40 days without charges. Their families say they have no information on their whereabouts and are denied access to lawyers.

The families protested in front of the Arab League Sunday, demanding their relatives’ release. Some strongly believe the case is politicized.

“My father was detained two weeks ago when UAE state security stormed our home. [They] arrested him without even letting him change his clothes,” Ahmed Sonbol, son of detained physician Ali Sonbol, 63, recounts.

“Three hours later, my dad came back with those who arrested him. They confiscated some laptops, took him and left again. We still have no idea where he is, what the charges against him are or when he will be released,” he adds.

Sonbol, who served in the UAE health ministry for 30 years, discovered days before his arrest, while planning to travel to Cairo on vacation, that he was banned from leaving the country.

“My [father] was supposed to end his tenure with the UAE’s health ministry three years ago, when he reached 60, but due to his excellent performance and good reputation, his time was extended for three years.

“How can he be dealt with in such a humiliating manner?” his son asks.

The relationship between the Brotherhood and UAE authorities grew tense after the election of President Mohamed Morsy, who hailed from the ranks of the Brotherhood.

In June, Dubai police head Dahi Khalfan criticized Morsy’s election, spurring a diplomatic spat between the group and the UAE.

According to reports, the detainees are accused of forming an illegal organization and were mobilizing Egyptians in the UAE for a “yes” vote in the referendum on Egypt’s constitution that took place in December.

The UAE-based Al-Khaleej newspaper reported the Egyptians were arrested after allegedly collecting security information about the UAE, holding secret meetings, recruiting members and sending large amounts of money to Brotherhood leaders in Cairo.

Sonbol’s son, a marine biologist at the American University in Cairo, insists that his father has no political affiliation except having supported the 25 January uprising, adding that he has a vast network of contacts in the UAE, including Brothers and members of the formerly ruling National Democratic Party, since he treats about 20,000 cases a year.

“Even if they belong to the Brotherhood, those detainees have the right to a fair trial. Their families know nothing about them since they were arrested. If a serial killer is arrested, the family would know their whereabouts,” Ali Kamal, lawyer at the Brotherhood-affiliated Sawasya Center for Human Rights, says.

The center was the first to denounce the case, deeming it a flagrant violation of Article 9 of the Universal Declaration of Human Rights, as well as the International Covenant on Civil and Political Rights, which stipulate: “No one shall be subjected to arbitrary arrest, detention or exile.”

Kamal adds, “This is not a criminal case — it is completely politicized. If it was criminal, authorities would not have dealt with it using such exceptional measures.”

Khairy Abdel Dayem, head of the Doctor’s Syndicate as well as the Shura Council’s health committee, says, “Even if the detainees have any political affiliation, it would not be a basis for legal action against them.”

Abdel Dayem had attended a meeting with representatives from the Foreign Ministry.

Leading Brotherhood official Essam al-Haddad, also the president’s assistant for foreign affairs, traveled to the UAE with a delegation led by intelligence chief Mohamed Raafat Shehata, to investigate the matter with security forces there.

The Shura Council also delegated a committee headed by Abdel Dayem to follow up on the developments in the case.

Kamal criticizes the conduct of the Egyptian Embassy in the UAE.

“They said this has happened with many Egyptians before,” he says.

Similarly, some criticize the president for sending a high-profile delegation to solve the problem, only because Brotherhood members are arrested while others have also been detained in the country.

UAE media reports say more than 350 Egyptians are being detained by authorities there. However, the Haddad-led delegation only investigated the case of the recent group of detainees, triggering a wave of criticism against what would seem to be selective policy by the country’s new rulers concerning Egyptians abroad.

Aggravating relations further, the UAE has rejected calls to release the detainees. In a Dubai meeting last week, UAE Vice President and Prime Minister Sheikh Mohammed bin Rashed al-Maktoum told Haddad that his country has a strong judicial system through which justice shall be pursued, reported Gulf News.

Omar al-Hassan, a Bahraini writer and head of the Gulf Center for Strategic Studies, tells Egypt Independent that most Gulf countries have heightened sensitivities when it comes to “extremist” Islamist movements.

“Since the establishment of Al-Qaeda, the UAE, like most Gulf countries, is very worried about the existence of Islamist cells on its soil. The Brotherhood went partially violent at one point in its history, and this is very worrying for the UAE,” he says.

“What’s more … the UAE is a very open country, culturally and economically, which means that any terrorist attack would mean a serious shock to its stable economy. With the wave of insecurity following the Arab Spring, worries are mounting,” he adds.

Various Brotherhood figures see the crackdown as a display of animosity toward the Egyptian revolution in general, accusing Gulf countries of aligning with ousted President Hosni Mubarak’s regime.

Al-Shorouk newspaper quoted an unnamed Gulf diplomatic source as saying that Emirati officials have not responded positively to the Brotherhood government because it had repeatedly rejected requests to reach a compromise to relocate Mubarak to the UAE in return for generous economic aid from the Gulf.

In this context, Saudi Arabia, on the other hand, had enjoyed warm relations with Egypt’s former regime, and in past months has also managed to maintain a stable relationship with the Brotherhood.

“I think Saudi Arabia is nervous about what a Muslim Brotherhood government in Egypt will mean for its own domestic politics. The late Interior Minister and Crown Prince Nayef was very vocal and public in blaming the [Brotherhood] for a lot of the problems in Saudi Arabia and the region,” he says.

He says the Brotherhood is not necessarily well-loved among the Saudi leadership, but that Saudi officials have more of a sense of running a regional foreign policy and the necessity of good relations with Egypt than their Emirati counterparts.

“So Riyadh is much more concerned about maintaining a working relationship with the Morsy government,” he adds.

Egyptian authorities have asked Qatar, which is palpably friendlier toward Egypt, both politically and economically, to mediate between the conflicting regimes.

“I think the Qatari mediation is a wrong calculation by the Brotherhood. Qatari politics are not liked by the rest of the Gulf countries, and they see them as very contradictory. Egypt can solve its problems away from Qatar’s intervention,” Hassan says.

“So it would be natural for the [Brotherhood] in Egypt to look to the Qataris for help with other Gulf countries,” he argues.

Back in August, Khalfan again attacked the Brotherhood on his Twitter account, saying: “The Muslim Brotherhood was reared on insults, lies and fabrication, so it is natural that they insult the devout worshippers of God,” Khalfan wrote. “The worst thing the Muslim Brotherhood does is discrediting and demonizing all practices of Gulf governments as if they do nothing at all.”

At the time, the Egyptian Foreign Ministry said it was unconcerned by his statements, adding that the UAE stressed they were personal.

“Fool is the one who thinks that Khalfan stands against a specific person, but the security of the Gulf is a red line. If a Gulf state crumbled and fell at the hands of the [forces] of darkness, there would be no peace,” Khalfan said.

Regardless of the politics, the detainees’ families continue demanding fair treatment.

“We want to know their charges. We want to assign lawyers to defend them,” says Salah Attia Abdel Ghany of Mansoura, a relative of psychiatrist Mohamed Shohdy, one of the detainees.

“We will keep protesting peacefully, and we ask President Morsy to do the same as when he traveled to Sudan to bring back detained Egyptian journalist Shaimaa,” says Ayman Abu Amoo of Mahalla, a relative of detained math teacher Ahmed Taha. Body of Egyptian accused of proselytizing returned from Libya 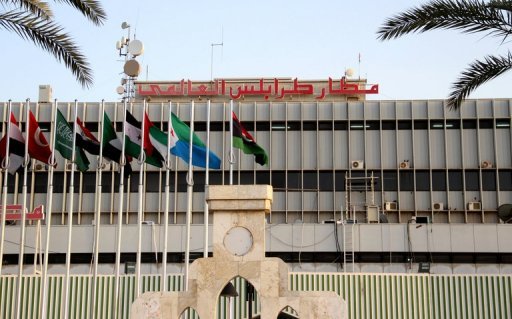