Egyptian actress Hend Sabry was awarded the Starlight Cinema Award of the Venice International Film Festival on September 4, the first Arab woman to ever receive the prestigious award, after participating with her Tunisian movie ”Noura Tehlam” (Noura’s Dream, 2019), directed by Hinde Boujemaa.

She received the award alongside her father Mohamed al-Mouldi Sabry, a member of the Tunisian House of Representatives, and expressed her pride at receiving the award as a representative of Arab women.

Sabry recently became the first Arab woman to ever sit on the judging panel for the the Venice Film Festival, world’s oldest film festival. She was also previously elected as one of the jury board members for the twelfth edition of the Dubai International Film Festival, according to The Tunisian Monitor Online.

The actress launched her acting career in 1994 with the Tunisian film “Samt al-Qosour” (The Silence of The Palaces) while her second Tunisian movie came with “The Season of Men” (2000), according to The National.

Thriving in Egyptian cinema, Sabry starred in “Mozakrat Morahka” (The Diaries of a Teenager, 2001) alongside Egyptian actor Ahmed Ezz and directed by Inas al-Digheidy. Across her various roles in films such as “The Yacoubian building” (2006) and “Banat wist al-Balad” (2005), Sabry shone light on the pressures and issues that Arab women face, with a particularly acclaimed example being her role in “Asmaa” (2011).

Directed by Amr Salama, “Asmaa” tells the story of an Egyptian woman suffering with AIDS and the rejection she receives from society as a result.

Sabry has earned several other prestigious awards, such as the “Best Arabian Cinema Actor” award in 2012 in Murex D’or, the “Faten Hamama Excellence Award” from the 2017 Cairo International Film Festival, among others. 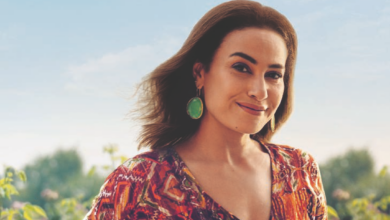