Egypt's military rulers said Wednesday the next parliament will not be representative enough to independently oversee the drafting of a constitution, and they will appoint a council to check the influence of religious extremists on the process.

The announcement followed a surprisingly strong showing by Islamist groups who took the overwhelming majority in the first round of parliamentary elections. The outcome caused concern among the liberals who drove Egypt's uprising and the military, which took power from ousted leader Hosni Mubarak.

"We are in the early stages of democracy," said General Mukhtar Mulla, a member of the ruling military council. "The parliament is not representing all sectors of society."

In theory, the new parliament will be entrusted with forming a 100-member constituent assembly to write the new constitution. But Mulla said the new council will coordinate with parliament and the cabinet to ensure the assembly is representative of all religions, professions, and political parties.

The new constitution will determine the nature of Egypt's post-Mubarak political system. Liberal groups and the military — a secular institution that has traditionally controlled access of Islamists to its ranks — are concerned that religious extremists will exert too much influence and could try to enshrine strict Islamic law, or Shariah, as the only guiding principle for state policies.

Voters chose both parties and individuals in the complex electoral system. The Muslim Brotherhood, an Islamic fundamentalist group that was the best known and organized party, and the more radical Nour Party — ultraconservative Islamists known as Salafis — took about 60 percent of the vote for parties together, according to official results.

The vote — which is being held in three stages — was the freest and fairest in Egypt's modern history. The final two rounds are not expected to alter the Islamists' dominance.

The result was a devastating blow for the mostly secular and liberal youth who drove the uprising. And though they have been highly critical of the military's rule and recently staged a new wave of protests demanding the generals hand power to a civilian authority, the ground has shifted with elections. Some liberals may find solace in the military's attempt to protect the constitution from overzealous Islamist tendencies.

"Many of the liberal forces, which were before against interference of the military, will not object whenever there are attempts [by Islamists] to alter basic civic rights," said Ammar Ali Hassan, a political analyst.

But the battle over the constitution could deepen an already polarized Egyptian society as the military reasserts its grip on power.

Speaking to a small group of mostly American reporters, Mulla made clear that the ruling military council, as the executive, will maintain ultimate authority over the functioning of the new parliament and government.

Asked whether the new council is an attempt to limit the influence of the hard-line Salafis, who want to impose strict Islamic law on Egypt, Mulla said: "Absolutely. … The Egyptian people won't allow this to happen."

"There will be standards agreed upon by all the Egyptian people," Mulla said. "This is not out of mistrust of the parliament. What we are seeing is free and fair elections … but it certainly doesn't represent all sectors of society."

He said he did not think anyone would object to the need for a representative constituent assembly. But a previous attempt by the ruling military to interfere caused a backlash from both Islamists and liberals alike.

The Supreme Council of the Armed Forces has previously floated the idea that it would name 80 of the 100 members of constituent assembly and tried to enshrine in the constitution a political role for itself in the future.

Youssri Hamad, spokesman for Al-Nour, said the military council is again trying to reassure the liberals in society at the expense of legitimate demands by popular Islamist groups. He called it a continuation of the Mubarak regime policies that ostracized Islamists.

Saad al-Katatny, the Secretary General of the Brotherhood's Freedom and Justice Party, said his group will continue to object to the military rulers' attempts to force its hand. He said his group agrees that all sectors, and not the parliament, must be represented in the constituent. But he objected to the military council's attempt to guide or oversee the process.

"Why does the council want to interfere in the will [of the people]?" he said.

Answering that criticism, Mulla said this is not the US Congress.

"We still have instability in Egypt. We have economic and security problems. The conditions are different," he said. "When the parliament is in stable conditions, it can elect and choose whatever it wants. For now, all sectors of society must participate in constructing the new constitution." 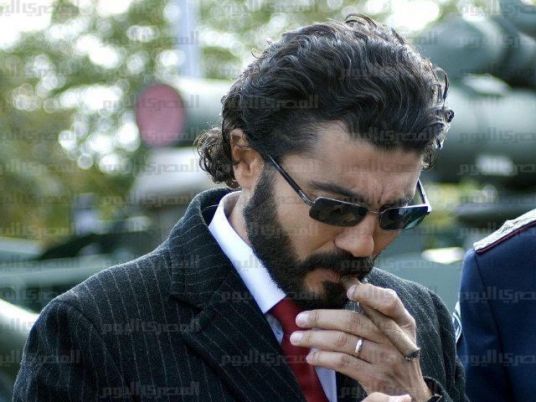