TEHRAN, Iran (AP) — A fighter jet crashed onto a soccer pitch in a city in northwest Iran, the country’s state-run news agency reported Monday. The crash killed two pilots and a civilian.

IRNA said the F-5 fighter crashed onto the field in a residential area of Tabriz, a city of 1.6 million residents. Authorities are investigating the incident, the report said.

Gen. Reza Yousefi, commander of the air base in Tabriz, said the crashed jet had been used for training and suffered a technical problem on its final flight.

“Pilots could not reach the runway,” he said, according to the report.

In an effort to avoid crashing into the residential area, the pilots guided the jet to the soccer pitch, he said. The report quoted Yousefi as saying: “The pilots sacrificed themselves, they could (have) used the ejection system, but they refused to do it.”

The pilots headed for the pitch “to keep people safe,” Yousefi said in the report.

A state TV reporter at the crash scene said that because the pitch was not long enough, the plane left the field and hit a school wall.

No one was inside. Schools were closed amid Iran’s sixth wave of the coronavirus pandemic.

Iran’s air force has an assortment of U.S.-made military aircraft purchased before the 1979 Islamic Revolution. It also has Russian-made MiG and Sukhoi planes. Decades of Western sanctions have made it hard to maintain the aging fleet. 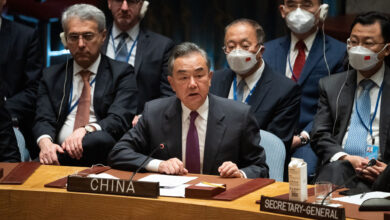