Local or foreign borrowing is the immediate solution to the financial crisis in Egypt, Finance Minister Hazem al-Beblawy said on Sunday.

In an interview with state TV, Beblawy said the rate of local savings should be raised to finance investments and that the economic problem is mainly one of funding.

Beblawy said the political, economic and social goals of the state cannot be achieved without financial resources. State revenues and expenditures are only tools to achieve the state's objectives, he said.

Beblawy said the rate of local savings does not exceed 17 percent but should be raised to 30 percent to achieve development and to secure a better life for future generations.

Egypt has stable sources of revenue, he said, but its expenditures by far exceed its budgeted expenditures, creating a huge budget deficit.

He said Egypt has a budget deficit of 27 percent and its revenues only cover three quarters of its expenditures.

The International Monetary Fund (IMF) had offered to grant Egypt a loan of US$3 billion to support the Egyptian economy after the revolution.

The ruling Supreme Council of the Armed Forces (SCAF) rejected the loan, saying it does not want to overburden future generations with more debt, but senior government sources told Al-Masry Al-Youm on 19 September that the government and the SCAF are re-examining the possibility of an IMF loan.

The same sources said the government told the SCAF that options to finance the budget deficit for the fiscal year 2011/2012 need to be reconsidered. 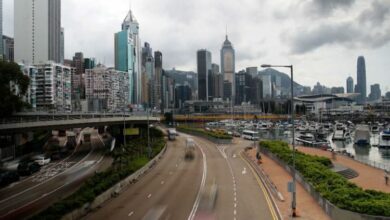