The increasing demand for fish, coupled with a growing population, has tripled the number of fish farms over the last ten years, bringing new challenges to aquatic ecosystems.

“In 1999, fish farms were producing 200,000 tons of fish annually to comply with consumers’ demands,” says Abdel Rahman al-Gamal, a senior aquaculture scientist for the African division of WorldFish Center. “Today, the demand has reached 750,000 tons per year and is expected to hit a million over the next five years,” he stresses.

The majority of Egypt’s fish production is generated from natural fisheries and aquaculture.

With natural fisheries, fishermen can fish in certain locations with certain limits so as to not permanently damage natural ecosystems. This method, however, limits productivity.

Aquaculture, on the other hand, is a man-made environment that encloses fish in water with cages and nets, allowing for mass production.

Although wild fisheries are the most environmentally-friendly sources for fish products, they can only produce about 400,000 tons of fish per year. This explains why aquaculture, which can provide almost unlimited fish production, is an industry poised for rapid expansion.

“Aquaculture is an ideal industry for poor countries with large populations,” says Mohamed Reda Fishar, professor at the National Institute of Oceonography and Fisheries. “But with the rapid growth that is taking place, fish farms have to be managed very carefully in order to prevent various problems.”

One of the core issues stems from Law 124/1983, which severely restricts the use of freshwater for aquaculture. Ninety percent of the water used to fuel Egypt’s fish farms is recycled farm water extracted from agricultural drainage systems.

Recent studies from Cairo University have also shown that in some places, such as Lake Qarun in the Fayoum Governorate, high levels of heavy metals have been detected in the aquaculture water.

Sherif Shams Eddin, a doctor of zoology who runs Cairo’s Aquaculture consulting office, elaborates on the issue: “Using agricultural drainage water is definitely not the optimal scenario as the industry continues to expand,” he says. He stresses that harmful substances not only harm the fish but can be hazardous to consumers. “This is why we are fighting for Law 124/1983 to be lifted,” he says.
Until the law is lifted, various methods are being tried out to purify aquaculture water. One of these methods is to introduce aquatic plants to diminish organic matter and balance out oxygen levels, although this solution needs to be further developed.

Gamal, from the WorldFish Center, explains that he is currently in the process of promoting wetlands – the ecosystems containing these purifying plants – throughout Egypt.

“Wetlands will lift the public concerns regarding pollution build up in the water until the law is lifted,” he adds.

The agricultural water, which makes the fish sick, must be counteracted by antibiotics introduced to aquatic fish farms. Humans then eat the fish and ingest the antibiotics, which raises the problem of antibiotic resistance in humans.

“As the fish populations in the aquaculture increase, we will have to change the way antibiotics are delivered to the fish farms in order to avoid the continuous build up of these chemicals inside consumers’ bodies.” adds Fishar.

The increased pressure on the aquaculture industry in Egypt also raises the issue of waste disposal.

Aquaculture waste is either discharged into small drainage areas or bodies of water such as the Red Sea and the Mediterranean Sea. The water, which is often full of parasites, organic matter, hormones and antibiotics, disrupt natural ecosystems.

When dumped into drainage areas, wild fish migrate into these areas, which in turn affect the natural fisheries. This disruption has caused fish levels in many of the natural, surrounding fisheries to decline, creating concern for the livelihood of traditional Egyptian fishermen, who now also find they have to resort to fish farming to remain competitive.

The discharges also lead to water putrefaction – the decomposition of matter and its transformation to poison – which create bad smells and various diseases. When the polluted water leaks into Egypt’s surrounding seas, it can be disastrous to sea fauna and flora.

One solution suggests that the discharged water be reused to develop terrestrial plants and crops, but this solution has yet to be realized.

“If these issues are not managed properly, they will lead to a disaster,” says Gamal al-Naggar, director of Central Laboratory for Aquaculture Research. “If you look at the potential demand on fish in Egypt, there is strong pressure to maintain the level of fish consumption, and all this pressure lies with the development of aquaculture.

“Professional management and supervision of these issues are the most important components of aquaculture research today – but I am optimistic that Egypt will be able to rise to the challenge," Naggar says. 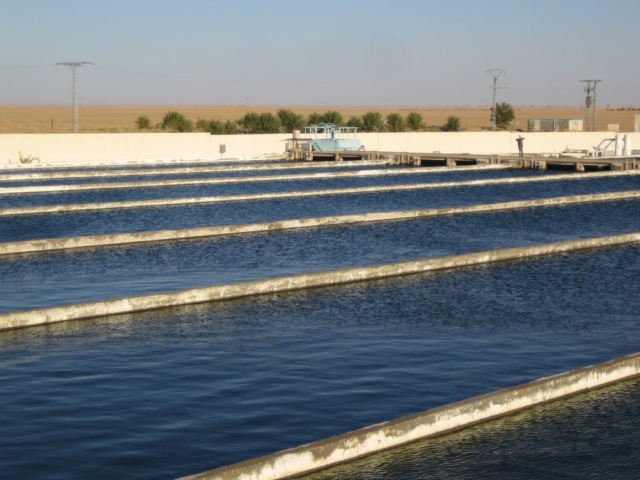 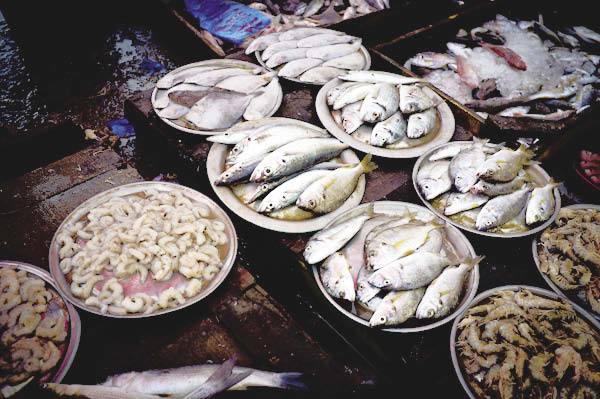 Raising fish in the desert? Not such an aberration, according to experts