The six CDs that were viewed, while supposed to contain videos from 25 to 31 of January, showed some footage from 1 February (the so-called "Battle of the Camel") but without any scenes of camels and horses attacking protesters, reports Al-Shorouk.

As a result, lawyers submitted a petition to the court claiming that the videos were manipulated, with scenes of killing protesters cut.

Al-Shorouk is the only newspaper to lead with Mubarak’s trial: the other dailies are preoccupied with the meeting between the Supreme Council of the Armed Forces (SCAF) and political parties’ representatives regarding the upcoming parliamentary elections.

According to privately-owned Al-Tahrir, Sami Anan, deputy head of the Supreme Council of Armed Forces (SCAF), released an official statement about his meeting with representatives of several political parties.

Al-Tahrir says 43 parties were represented, while state-run newspapers Al-Ahram and Al-Akhbar say the number of parties was 47.

The meeting was meant to confirm the council’s unbiased stance towards all political forces and its commitment to a clear road map for the transitional period through parliamentary elections, forming a new constitution and electing the country’s president.

Anan defended the Emergency Law, although deactivating it is one of the parties’ main demands, according to Al-Tahrir.

According to state-owned Al-Ahram's reporters, “the majority of political parties demanded that MPs be elected in groups representing constituencies to guarantee a democratic process.”

The teachers’ strike is also in the top stories of local newspapers as it continues for the third day amid calls for a second mass protest in front of the cabinet headquarters next Saturday.

State-owned Al-Akhbar exposes “fake” Education Ministry statistics about the nationwide teachers’ strike, describing them as a “continuation of the strategy of Mubarak’s regime in crisis management.”

It says the ministry’s report on the first day of the strike, which stated that only 0.6 percent of schools are on strike, included only 12 governorates out of 29 – ignoring Giza, one of the biggest governorates in Egypt.

The government’s report also mistakenly said that only one school in Sohag Governorate is on strike while teachers in more than 15 schools held a partial strike.

“The second day report by the government also contradicted reports from by Al-Akhbar’s reporters in many governorates, particularly in South Sinai, Aswan and Gharbiya, which had high percentages of strikes. It also totally ignored major strikes in Assiut and Qalyubiya governorates,” says Al-Akhbar.

Meanwhile, privately-owned Al-Dostour leads with statements from a security source inside the Interior Ministry who states that a number of regulations will be applied to Emergency Law. This includes forming a higher committee of security and legal officials from the ministry to examine all cases under Emergency Law ensuring seriousness of investigations before taking a final decision that will be directly supervised by the minister.

The source added that Emergency Law will not be applied to any cases related to basic freedoms and the freedom to peacefully express one's opinion. 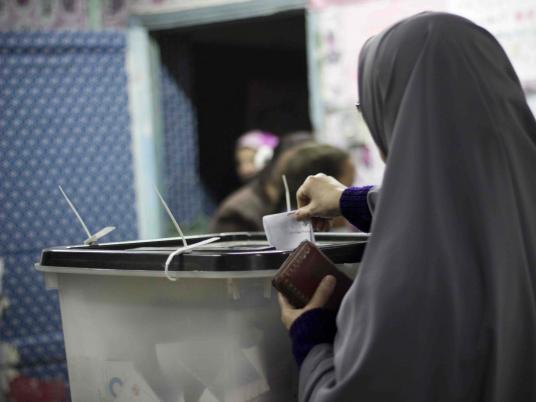 Finances of army and president are being monitored: Auditing authority