Muslim Brotherhood candidates have continued to campaign under the banner “Islam is the Solution,” despite warnings by the committee supervising the elections against using religious or sectarian slogans.
Mahmoud Seif, the Muslim Brotherhood candidate for the Hehia-Ibrahimiyah-Deyarb Negm constituency, said the Brotherhood’s slogan is legal and conforms with Article 2 of the Constitution. “The group is raising this slogan in order to serve the country,” he added.
The leader of the election campaign for the Brotherhood in Sharqia, who declined to give his name, said the Brotherhood’s slogan is an inherent part of the group’s publicity. “The Brotherhood is aware of the importance of this slogan and its role in people’s lives,” he said. “Besides, it represents the group’s platform for reform.”

Abdallah el-Bahrawi, an official from the Journalists Syndicate and a leader in the Brotherhood, said all candidates, including those from the National Democratic Party (NDP) itself, use religious mottoes.

The NDP cites verses from the Quran, such as: “And hold fast, all together, unto the bond with God, and do not draw apart from one another” (3:103), and “And say: ‘Work (righteousness): Soon will God observe your work, and His Messenger, and the Believers'” (9:105),'” said el-Bahrawi, who added that it wasn’t clear what type of religious slogans are banned under the election rules, or whether using verses from the Quran is included in the ban. “Are religious slogans those related to Copts?” he asked.

El-Bahrawi added that several court rulings have confirmed that the Brotherhood’s slogan conforms with the Constitution.

The Muslim Brotherhood is technically a banned organization and its electoral candidates run as independents.
Meanwhile, Gehad Ouda, a member of the NDP’s influential Policies Secretariat, described the Brotherhood’s slogan as unconstitutional, and said the Brotherhood should go to the Supreme Constitutional Court as the authority to decide on the constitutionality of its slogan.
Translated from the Arabic Edition. 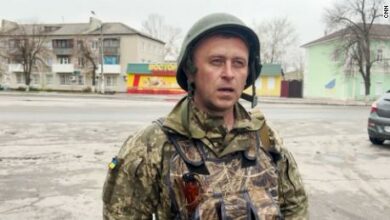 Second round of Egyptian-Turkish talks will be held in Ankara