Carrying echoes from the recent unrest in Sinai, the memorial ceremony of Mohamed Mohsen, killed during a march in Abbasseya last month, turned out to be a gathering to criticize Egypt’s military rulers.

Mohsen joined protesters on 23 July as they marched from Tahrir Square to the headquarters of the Supreme Council of the Armed Forces (SCAF), calling for an end to military trials of civilians and for a timetable for the completion of promised reforms.

However, the military blocked the road to the ministry and turned a blind eye to local residents and thugs attacking the protesters, leading to Mohsen's death and the injury of scores more.

“The [military] council who incited people to attack a peaceful march is incapable of protecting our borders,” said human rights lawyer Khaled Ali at the memorial ceremony on Saturday, referring to the Israeli military's killing of six Egyptian military and security personnel in apparently friendly fire attack on Thursday.

Many at the ceremony, which took place in the Upper Egyptian city of Aswan, said that Mohsen’s death has rejuvenated the revolution in Upper Egypt.

Zeinab Abul Magd, an activist and one of Mohsen's closest friends, said that thousands had gathered for Mohsen's funeral on 5 August in Aswan's train station square, where most revolutionary protests have taken place in the city. She said the size of the funeral was “unprecedented.”

“Aswan never saw such a thing before,” she recalled.

Mohsen’s death has sparked further criticism of the SCAF, which is governing the country during its transitional period. It has also boosted the revolution with huge support in Egypt’s southernmost regions.

Alaa Ahmed Khaled, Mohsen’s uncle, believes that his nephew has played a role in inspiring the revolution in Aswan.

“Before his death, people in general used to have a negative reaction to the revolution, since it affected tourism" – the city’s main economic activity – Khaled said. Now, "people feel really proud that Aswan provided the revolution with a hero."

Mohsen’s family and local activists in Aswan demanded the government consider him one of the martyrs of the 25 January revolution.

“This doesn’t mean we want money. We want to honor him as an Egyptian young man who went out calling for his rights," said Ahmed Abdel Razek, a university student and one of Mohsen’s friends. "We didn’t hold huge protests in Aswan during the revolution, such as those in Cairo and Alexandria. But Mohsen is evidence that Upper Egyptians are part of the revolution."

“The blood of our son will not be a waste. We are taking all the legal measures to find those who incited and took part in his death,” Khaled said, with a picture of Mohsen superimposed over an Egyptian flag hanging behind him.

The organizers of the ceremony played a film documenting moments of Mohsen's life. The audience angrily reacted to the playing of a phone interview with SCAF member Major General Hassan al-Ruweiny, in which he alleged that protesters had been marching toward the military headquarters with Molotov cocktails in hand.

Some commentators believe that Ruweiny's remarks, along with a SCAF statement accusing the April 6 Youth Movement of creating a rift between the military and the people, were the main reason behind the attack on protesters on 23 July.

The memorial ceremony was briefly attended by Health Minister Amr Helmy, who didn’t stay long in the theater that hosted more than 500 people. Also in attendance were political figures from Cairo, such as activists Abdel Gelil Mostafa and Mamdouh Hamza, along with activists from the Upper Egyptian governorates of Sohag, Qena and Luxor.

As Helmy delivered a short speech commemorating Mohsen's life, about 50 people outside the theater chanted against the SCAF.

Their slogans included: “Down, down the rule of the military," “No to military trials," “Protect the [Tahrir] roundabout, and in Sinai, act helpless." The last slogan refers to criticism of the military council for overly protecting Tahrir from sit-ins, while only maintaining a loose hold over security in the restive peninsula. 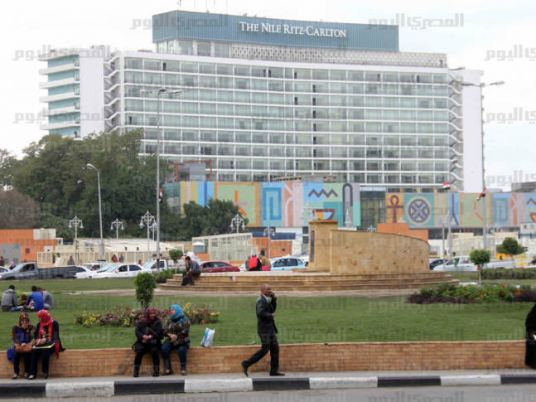 Rare tumor weighing over 2kg removed from patient in Aswan