Saad al-Shater, managing director of the Zad Company and son of the Muslim Brotherhood Deputy Guide Khairat al-Shater, on Sunday said that his company has opened 15 new Zad supermarkets in Nasr City, with more branches planned to open nationwide in the near future.

Shater said that the retail market can still take more investments, and that his company did not take out any loans to operate. “Our capital is 100 percent Egyptian,” he said. “We will offer the finest products for the lowest prices to meet the basic needs of the Egyptian households.”

Speculation about the Zad stores abounded after Muslim Brotherhood-affiliated investors announced their intention to launch the stores in April. Anonymous sources told Al-Masry Al-Youm that Khairat al-Shater himself is a majority shareholder, although his shares are registered under the name of his son-in-law. The same sources suggested that a Turkish franchise also called Zad may be related to the project. 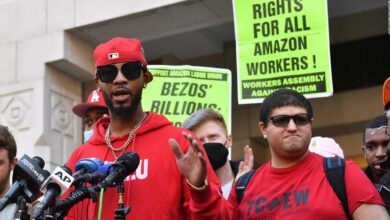