Even the Moroccan king obviously found this particular paper worthy of comment. In an “Address to the Nation” on August 20, 2021, which was also documented in French, Mohammed VI stated that Morocco was currently facing “deliberate and premeditated aggression.” Moreover, he said, the “enemies” of the kingdom’s territorial integrity did not wish Morocco to remain a free, strong, and influential power.

As instances of the activities of these enemies — “mainly European countries” — he referred to unspecified “reports” that had “exceeded the limits of what is acceptable” and “advocated restricting the country’s development.” 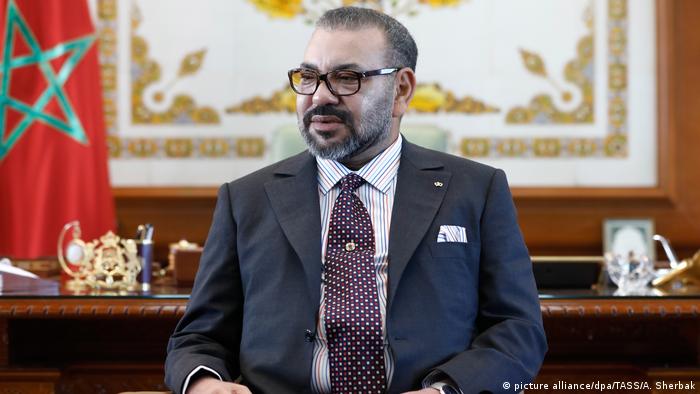 The king’s remarks were followed up by a series of articles in Moroccan media, including English-language ones such as Morocco World News and The North Africa Post. The articles criticized, sometimes quite harshly, a paper that was published by Maghreb researcher Isabelle Werenfels of the Berlin-based German Institute for International and Security Affairs (SWP) last November.

Werenfels’ paper deals with Morocco’s successful Africa policy. According to her analysis, this policy has made the kingdom an influential state in Africa — in contrast to its two neighboring countries, Algeria and Tunisia, which have had, at best, modest successes both politically and economically.

It is also worth noting that Algeria has traditionally had a tense relationship with Morocco. For example, at the end of August, the country suspended its diplomatic relations with the neighboring kingdom.

However, Werenfels argued in her paper for more support of the two neighboring countries to promote a spirit of cohesion.

In the Morocco World News, this was interpreted as a plea to prevent “the emergence of a new power independent of Western influence” — namely, Morocco.

Werenfels’ article is anything but new — the paper had already been publicly available on the SWP website for just under nine months. But the Moroccan reaction doesn’t really come as a surprise, Isabelle Werenfels told DW. “The debate was ignited after then-US President Donald Trump declared in December 2020 that he would recognize Western Sahara as Moroccan territory,” she explained.

Germany, however, did not follow this line amid concerns that it could contravene international law, Werenfels said.  Moroccan-German relations have been strained over the issue. In May, Morocco even withdrew its ambassador from Berlin. Since then, there has been a virtual lack of any communication between Rabat and Berlin, and relations are on ice.

“My paper was simply very helpful in constructing a series of arguments against Germany’s foreign policy. This is much less about me than about the German-Moroccan relationship as a whole,” Werenfels told DW.

She finds it hard to pinpoint exactly what the contentious passages in her paper are, Werenfels said, adding: “Apparently, Morocco wants to escalate tensions once again and portray Germany as the nation that wants to put brakes on the Moroccan development within Europe.”

Some of the Moroccan papers took the paper to task with great severity. The French-language news magazine Challenge, for example, said that the essay lacked scientific rigor and failed to provide any evidence. This is despite the fact that Werenfels’ paper, like all SWP papers, had undergone a rigorous internal fact-checking and review process before publication, she told DW. 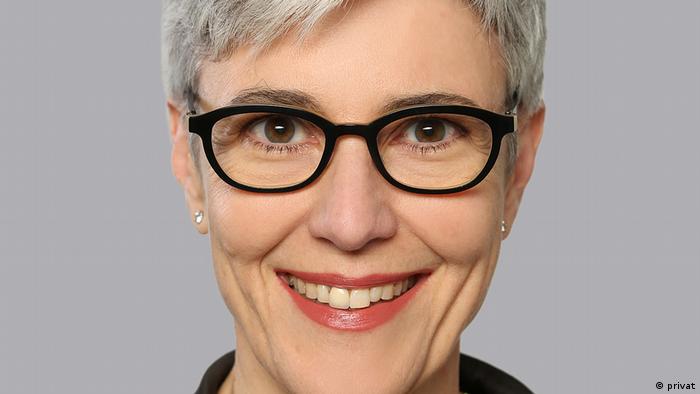 Werenfels said that she is under the impression that the Moroccan commentators were focusing primarily on a single sentence in her paper. In light of Morocco’s strong development, she had recommended that the European Union focus on African integration and a multi-stakeholder cooperation between the EU, the Maghreb and sub-Saharan Africa. “This,” the essay states, “could put Morocco’s hegemonic claims into perspective.”

“Hegemony” became the word that Moroccan commentators started to place at the center of their criticism. “They read the sentence as if I was advocating putting the brakes on Morocco,” Werenfels said.

“However, later I also argue quite clearly that it must not be a matter of strengthening either Moroccan or Algerian and Tunisian policies, i.e., to play the states off against each other but, quite on the contrary, to promote constructive approaches in general,” the political scientist said.

However, given Morocco’s capacities and the enormous progress it has made in its Africa policy, “it is also clear that the country is less dependent on technical expertise from Germany than Tunisia or Algeria with regard to sub-Saharan Africa,” Werenfels said.

However, there could have been another trigger, Werenfels told DW. In retrospect, she wonders whether the criticism might not have as much to do with the term “hegemony” as with another statement.

“I referred in the paper to the statement of civil society actors in Morocco who criticize the fact that there is a comparatively low ‘trickle-down’ effect of the Africa policy. This means that relatively little of the generated wealth actually reaches the broader population. This is, of course, a very sensitive point that may also have caused some resentment.”

In some of the critical articles, readers encounter a latent or not-so-latent anti-colonialist tone that is directed not so much at Werenfels as at Europe as a whole. Some Western organizations “are interested only in the benefits Europe can reap and how to prevent the emergence of a new power independent of Western influence,” says Morocco World News, for example.

Accusations of this kind are absurd in view of the major investors in Africa, such as China, the US and, increasingly, also Turkey and the Gulf states, says Werenfels. Only France might perceive the Kingdom of Morocco as a competitor in West Africa. The EU as a whole has considerably more restrained ambitions, she said. “And I have written, after all, that Europe is doing too little to promote economic integration within Africa,” Werenfels highlighted.

Furthermore, she added, the EU must ensure that it takes into account possible consequences for the African free-trade area that was launched in January 2020 when negotiating free-trade agreements with the Maghreb states. “After all, it is not only in Morocco that there are voices that see bilateral agreements between the EU and the Maghreb states as an attempt to undermine African integration. Fact is, everyone would benefit if Africa became more integrated and the division between North and Sub-Saharan Africa was reduced more in an economic sense,” Werenfels argued. 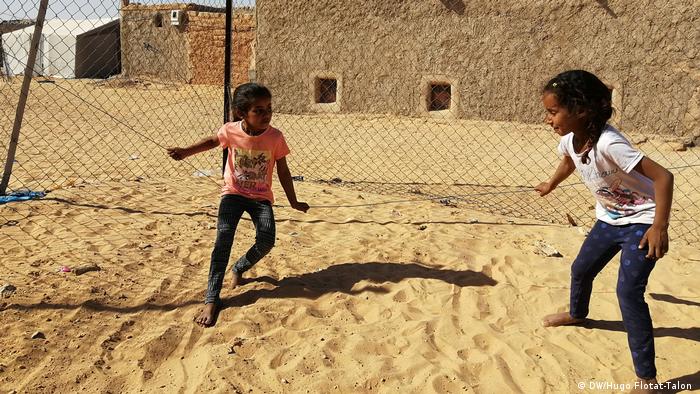 Sahraui children playing at a refugee camp in Algeria

A soft spot for Algeria?

Werenfels may have made herself personally vulnerable when she tweeted about her soft spot for Algeria. “But this is based on the fact that I did my doctorate on Algeria. In retrospect, of course, this confession turned out to be a mistake — even though I have criticized Algerian politics in countless tweets.”

Moreover, the Algerian government, at any rate, does not perceive her as pro-Algerian, she said. “It is rather the opposite, as I haven’t received a visa for Algeria since 2019, despite several applications.”